The member representing Owan Federal Constituency at the House of Representatives, Hon Prof Julius O Ihonvbere has expressed shock, sadness, and disbelief over the death of Mr. Ahmed Aigbona, President of the Sports Writers Association of Nigeria(SWAN). 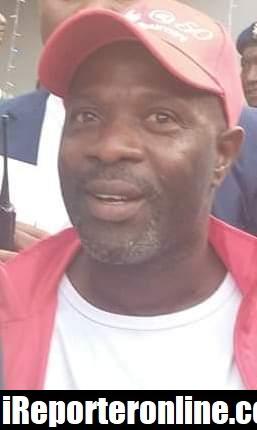 In a release signed by the Lawmaker’s Senior Media Aide, Comrade Joshua Iraoya and made available to newsmen, Ihonvbere described the death of the late SWAN President, Ahmed Aigbona as one too difficult to bear and a great loss not only to the people of Auchi where the late SWAN helmsman hails from but to the Afenmai Community in general.

The Owan Rep noted that his close association with the late Aigbona who was Edo SWAN Chairman when he served as Secretary to Edo State Government revealed a man who had an uncommon and deep passion towards the development of Sports in Afenmailand in particular and Edo State at large, adding that Aigbona while alive, played active roles in the organization of various sports fiesta and competitions in all the nooks and crannies of Afenmailand.

He noted that his death became even more saddening against the backdrop that Mr. Ahmed Aigbona recently got to the pinnacle of his sports writing career even at a very young age by being elected President of the Sports Writers Association of Nigeria (SWAN)late last year, where he held sway until his death.

Ihonvbere who is the IRIALUGIE of Auchi kingdom expressed his deep and heartfelt sympathy to the immediate family of the deceased, the Otaru of Auchi, the Auchi Community and the youths of Afenmailand whom he noted will be most affected by the demise of Mr Aigbona due to the coordinating roles he played in various sporting activities in Afenmailand.

While describing the death of Aigbona as a personal loss to him, he urged the immediate family, the Otaru of Auchi Kingdom, the Auchi Community, and the youths of Afenmailand land to take solace in the fact that even when Mr. Ahmed Aigbona died at a youthful age, he lived a life worthy of emulation.
While praying to God to grant the soul of the departed eternal rest, Prof Ihonvbere prayed that God should grant the bereaved the right fortitude to bear this irreplaceable loss.