The Indigenous People of Biafra, IPOB, on Monday, said nobody has been appointed to succeed its leader, Nnamdi Kanu in operating Radio Biafra. 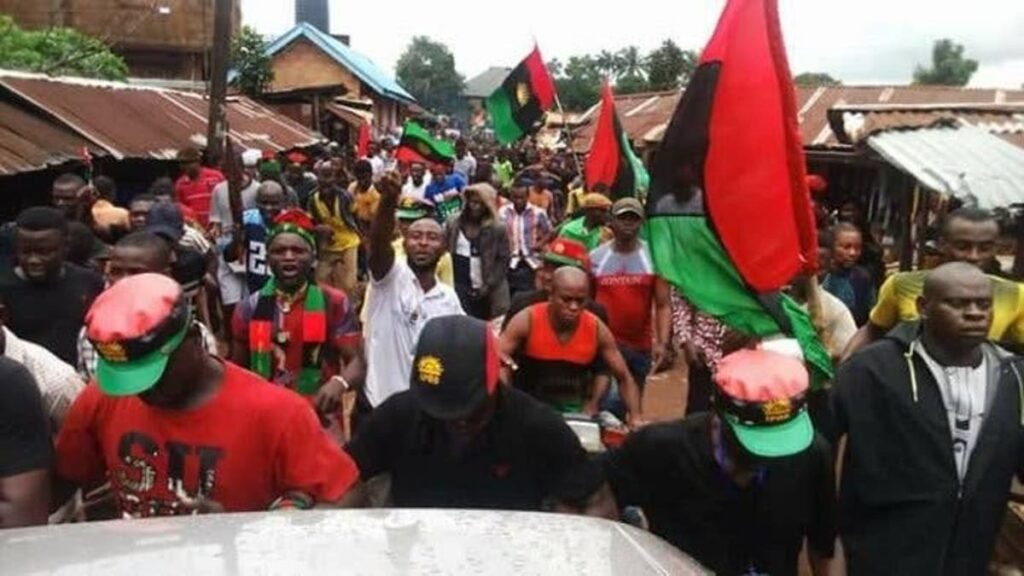 IPOB made the remark while noting that Simon Ekpa is not Kanu’s successor on Radio Biafra.

The group’s Media and Publicity Secretary, Emma Powerful explained that Ekpa was appointed as one of Radio Biafra’s broadcasters.

Kanu was reported to have appointed Ekpa as Radio Biafra’s interim leader but Powerful in a statement said Ekpa was appointed as a reporter on IPOB’s platform.

He assured that Kanu will soon be free to continue his agitation.

According to Powerful: “IPOB ably led by our indomitable leader, Mazi Nnamdi Kanu, wish to confirm the directive by our Leader Mazi Nnamdi Kanu, that Mazi Simon Ekpa, an illustrious son of Biafra be included among the broadcasters on the Radio Biafra platform.

“We, therefore, wish to also debunk the fake information and falsehood making the rounds that Mazi Simon Ekpa had been appointed to take over Radio Biafra or the Interim Leader of IPOB.

“Mazi Simon Ekpa is only one of the many broadcasters on Radio Biafra whose immense contributions to the struggle are recognised. Nobody has been appointed to take over from our leader because he will soon be out to continue with the liberation movement.

“We want to reiterate that IPOB is a united, formidable and well-structured family that even in the absence of our Leader the operations of our movement runs effortlessly on a well-established structure. The Directorate of State, (DOS) is fully in charge of the affairs in IPOB worldwide and therefore no vacuum exists concerning the day to day running of this great movement.

“We know that confucionists and the enemies of our struggle are looking for an opportunity to instigate disaffection and create a crisis in IPOB especially now that our Leader is in detention but there plan is dead on arrival. We, therefore, wish to urge the wonderful IPOB family worldwide as well as the general public to disregard any other information to the contrary. Importantly too, any information purportedly coming from IPOB that does not pass through our normal channel of information dissemination should be disregarded.

“While various contributions of members of IPOB and other Biafrans towards our liberation at this critical moment of our struggle are appreciated, we wish to make it clear that responsibilities are given to people solely for the service of the Biafran people. Biafrans should be rest assured that the leadership of this movement put together by our leader Onyendu Mazi Nnamdi Kanu will not allow anyone to sow seeds of confusion in the minds of our people. Biafrans must be alert because the enemy is trying to play the same card they played in 2015 when Onyendu was in the custody of the Nigerian government. The IPOB worldwide family defeated them then and we shall also defeat them together with their co-travellers this time around.

“We urge all Biafrans to continue to maintain absolute discipline and remain resolute in our march towards the restoration of our Nation Biafra. The night is far spent and the morning is almost here. We are already at the threshold of our independence. We can’t be distracted and we can not lose focus at this moment.”

You Were Still In School When North, South Agreed On Rotational Presidency – Ohanaeze Blasts Yahaya Bello

Exposed: All 44 Candidates On Nigerian Navy Supplementary List Under Buhari Government Are Northerners