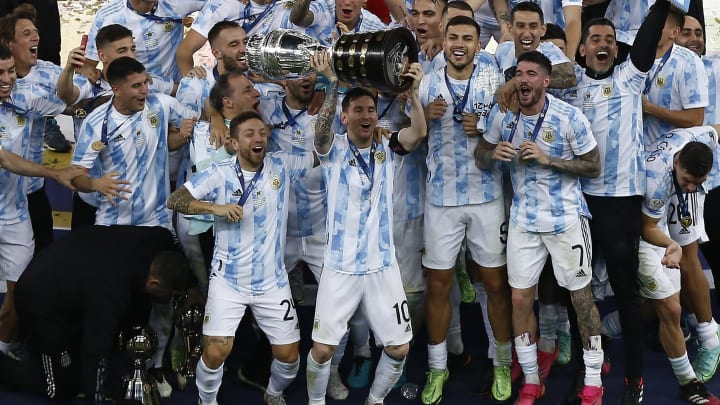 Argentina ended a 28 years wait for a major title, Sunday, after beating host Brazil 1-0 in the final of the Copa America.

Di Maria’s loop over Ederson in goal for Brazil in the 22nd minute was enough to also ensure that Lionel Messi laid his hands on a trophy for the first time in the sky blue and white colors of Argentina.

The victory comes seven years after the world cup final loss to Germany in the same Maracana stadium. Defeating arch-rivals Brazil made it sweeter for Albiceleste.