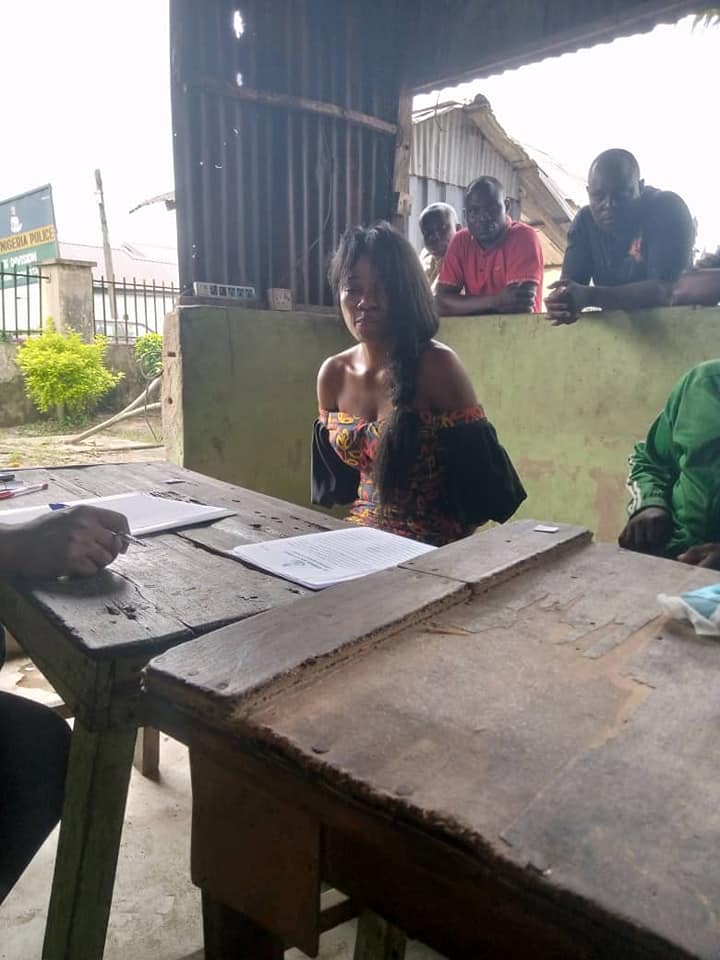 A lady has been arrested by officers of the Nigerian Police Force for allegedly killing her boyfriend and escaping with his Mercedes Benz 4matic Vehicle and the original car papers in Uyo, Akwa-Ibom State. 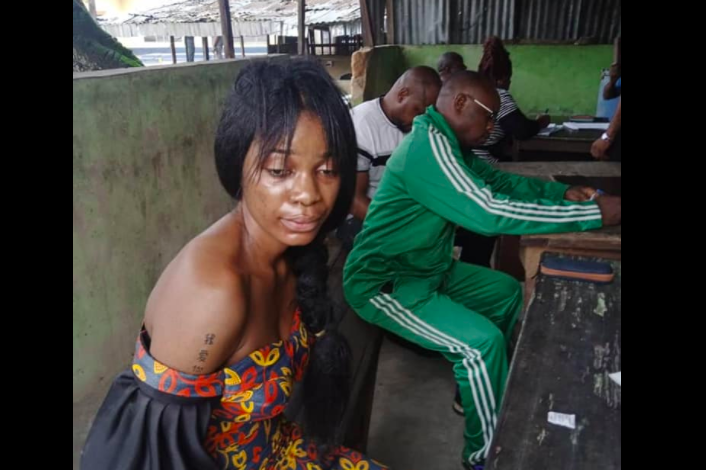 According to an eyewitness, Vincent Aluu, the vehicle was tracked and the girl was swiftly arrested.

She is currently detained at the B division Police station in Ewet Housing Estate area of the state. According to Aluu, the lady visited the deceased simply identified as ‘Chukwuma’ at his residence in Osongoma before proceeding to murder him.

The eyewitness wrote on Facebook: “The girl in the picture visited the deceased in Uyo, butchered him to death and made away with his brand new Mercedes Benz 4matic and the original documents.”

“The victim, Chukwuemeka, is the only son to the parents and was an importer. All efforts to reach him by his friend to come clear his consignments failed. He was found in his pool of blood inside his bedroom.”

“Using the vehicle tracker, the daughter of Jezebel was traced to a nearby hotel enjoying. Currently, she is singing like a parrot at Ewet Housing Police Station.”

The source further gathered that the suspect was simply identified as ‘Laurretta’ and she hails from Ogoja in Cross River state. She reportedly also stole N7 million naira from the deceased. 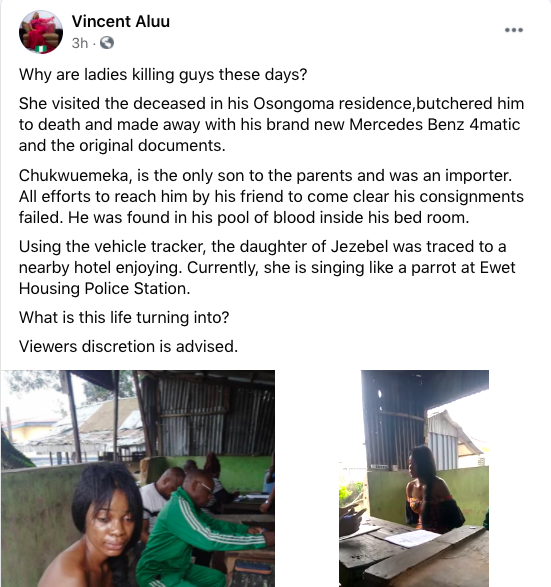 Hilarious!! Man Pushes Big B00ty Lady Away As She Tried To Twerk For Him (Video)

Obi Cubana Again; See What He Is Up To This Time (Video)