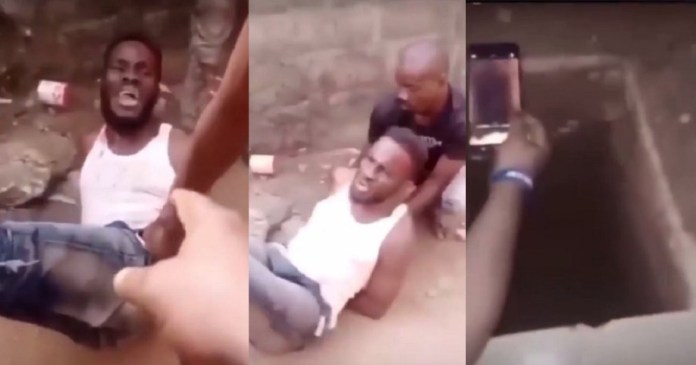 The video captures the moment a young man was apprehended after he dug a grave in his room and attempted to bury his victim alive.

From the video, eyewitnesses who were heard saying the incident occurred because the man ”wants to drive a new car,” disclosed that it occurred on January 6, 2022.

There are conflicting reports on the identity of his victim. While some claimed it was his girlfriend, others alleged that it’s a boy he sent out on an errand.

A lady could be heard speaking in the background that she had repeatedly said the man is evil, but no one believed her.