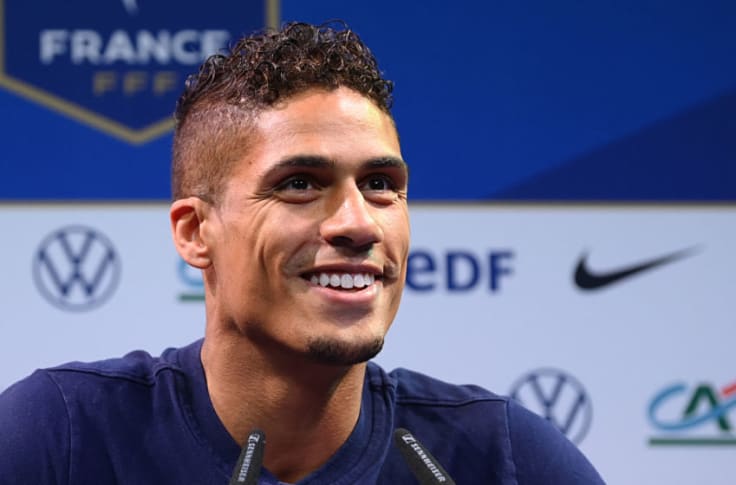 Raphael Varane is the latest superstar to join Manchester United.

The 28-year-old France World Cup winner with four Champions League titles to his name has been announced as the new signing for Ole Gunnar Solskjaer this summer.

A club statement read: “Manchester United is delighted to announce the club has reached an agreement with Real Madrid for the transfer of French international defender and World Cup winner, Raphaël Varane, subject to a medical and to player terms being finalized.”

READ ALSO: Bribery: Nigerian Clergyman Asked His Members To Come Bribe His Angels, Before Getting His Grace To Work For Them [Video]

The deal is expected to be around £43 million. The centre back from Real Madrid arrives in Manchester after England’s Jadon Sancho was transferred from Borussia Dortmund on a four-year deal.

Varane will partner club captain Harry Maguire in the defence with Luke Shaw and Wan-Bissaka in the coming season.

The France International will fly to Manchester next week to undergo his medical a few days later. He will be unveiled later than expected because of enforced quarantine rules as a result of Covid-19.