A woman simply known as Janet has lamented over the likely end of her marriage as a result of an unfortunate incident. 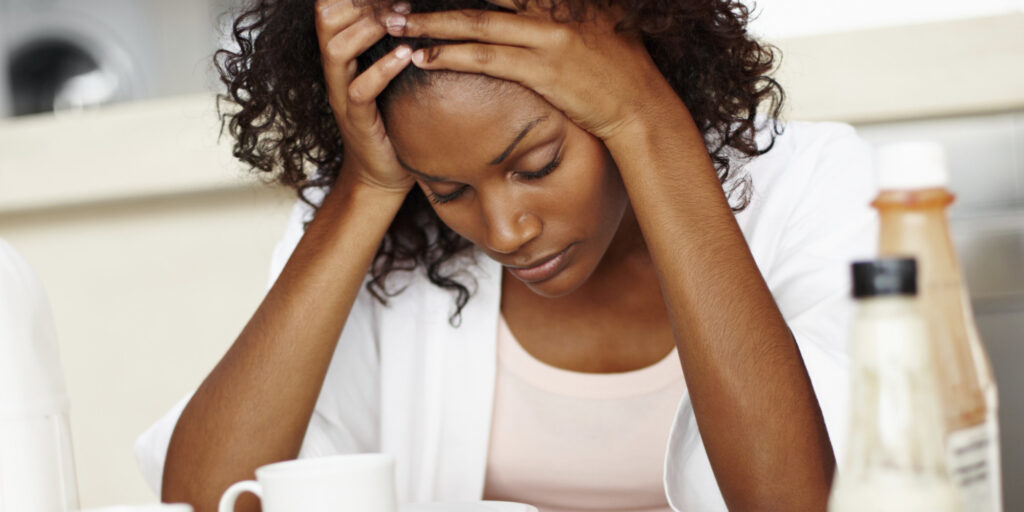 She revealed that her husband served her divorce papers just days after armed robbers had their way with her. The distraught woman said she was a virgin before she got married to her husband, so she didn’t even know how sex with another man feels until the day the sad ordeal happened.

According to her, his grievance arose from the fact that as she was being raped, instead of being in pain and agony, she seemed to be enjoying it as she moaned and even encouraged the armed robber to carry on until she reached climax.

Read her story below;

“My name is Janet, I’m a banker in my early 30s & going through a messy divorce. I married my husband as a virgin. I have never been with any man but him until I was raped. I didn’t know anything abt orgasm, climax because I have never experienced it. 8yrs of marriage with miserable sex life. I have 2 children 4rm my marriage.

It happened when we travelled to my husband’s village during the Easter period. At about 1 am in the night, our house was raided by armed robbers a gang of 7 members.

“It was a very terrifying experience, after collecting all the valuables at home, the leader turned to rape me. The leader tied my husband to a chair, tore my clothe and went on to show me his manhood that he will use it on me.

I was frightened, I begged him and cried but he wouldn’t listen. It was a rape that cost me my marriage. As the guy was entering me, I was supposed to feel pain but that wasn’t so. I felt a kind of electrifying sensation that I’ve never felt in my whole life. I screamed ‘oh my God, I didn’t know when I held him hard and begged him not to stop. To the amazement of others, I was enjoying being raped by a criminal.

READ ALSO: Married Woman Caught [email protected] Down With Another Man On Her Matrimonial Bed (Video)

He called me unprintable names, a prostitute and said he can’t stay married to me. i was hospitalized for 2 weeks as a result of that incident and his beatings.

My husband left me at the hospital and travelled back to our home. I was damaged. How could such a thing happen to me?

How could I even enjoy such an act of cruelty on my body? These were the questions I kept asking myself. When I got discharged I met a divorce paper waiting for me to sign. I tried begging my husband, involved my parents but he swore not to let go.”

Shocking As Ladies Wear Pant And Bra Inside Church (Video)