Days after Nigerian singer, Omah Lay reportedly parted ways with his girlfriend, Bayraychee, for allegedly cheating on him, she has been spotted kissing crossdresser, James Brown. 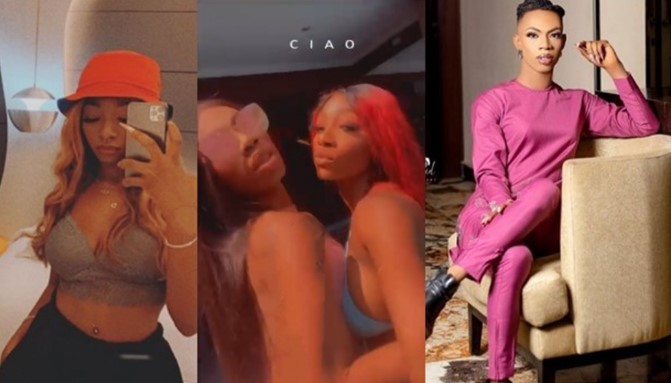 Recall that the artiste had shared a loved-up video with her which went viral, but barely 24 hours later a video of her with another man surfaced on social media.

The man question was later debunked. He claimed there’s no romantic attachment between them as they have been friends for years.

Interestingly, in a video making the rounds on social media shows James Brown and Bayraychee chilling by the poolside and holding themselves before sharing a kiss.

BUSTED: Man Caught On Camera Stealing From A Mosque While Pretending To Be Praying [Video]