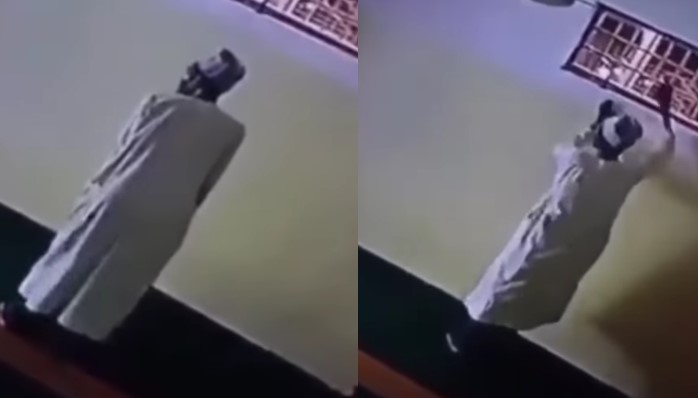 A video that recently surfaced online shows the moment a man stole from a Mosque where he went to pray.

The man acted as if he was about to kneel down to pray and when he thought no one was looking at him he stole a big bulb from its lamp holder.

The bulb was high up on the wall so, in order to reach it, he climbed the burglary proof bars and quickly removed it from the holder and put it in his bag.

He then walked out of the Mosque in a hasty manner.