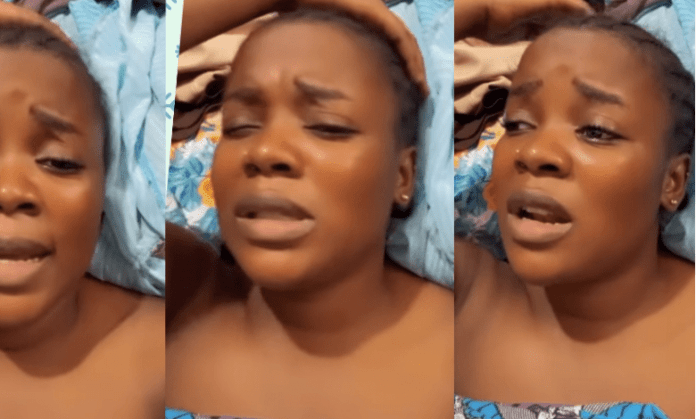 As we speak, one cute lady is in tears and having a burning sensation around her vajayjay after having a bedroom encounter with her sugar daddy.

In the voice of the fine lady, she had the regret of her life when she decided to give her sugar daddy the chance to chop her because she has been spending the man’s money for close to a year.

But the lady had to curse the day she was born considering how the man chopped her vigorously as if tomorrow will never come.

The woman disclosed that her vajayjay is still burning like fire largely due to how the old man chopped her.