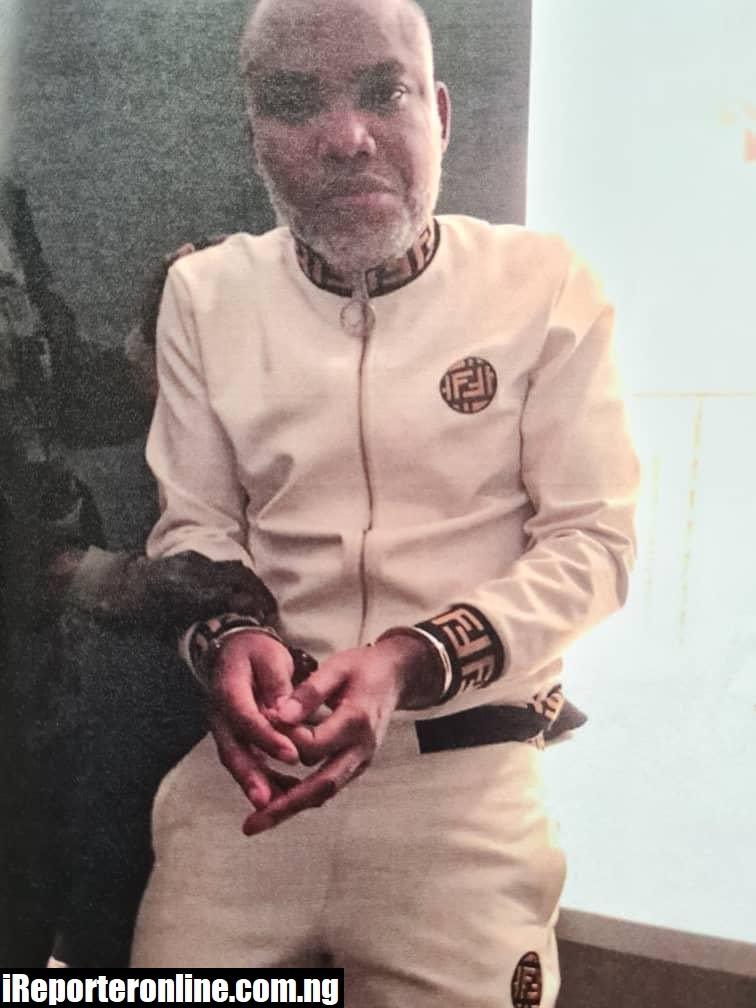 One of the sons of the Kaduna State Governor, Nasir El-Rufai, Bashir, on Tuesday mocked the leader of the Indigenous People of Biafra, Nnamdi Kanu over his arrest.

Naija News had earlier reported that the Minister of Justice and Attorney-General of the Federation, Abubakar Malami, announced the arrest of Kanu at a press briefing in Abuja on Tuesday.

The Minister during a press conference disclosed that the IPOB leader was arrested on Sunday and extradited to the country.

The son of the Kaduna State Governor in his reaction to the development noted that the arrest is a victory for the country.

Bashir in a post on Twitter had pleaded with President Muhammadu Buhari to lock the IPOB leader in a cell with a cow.

He wrote, “There are those that will be upset this hooligan was arrested but will be too cowardly to express it. Victory for the country.”

“May we all continue to progress in unison. He should be locked in a cell with a cow, please, President Buhari.”

Kidnapper Got Killed While Attempting To Collect Ransom