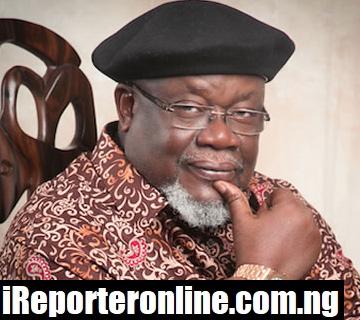 There seem to be no end in sight over the crisis rocking the State Chapter of PDP in Edo State, the party is in a running battle with Governor Godwin Obaseki over his purported campaign for the dissolution of the party-state executive to pave way for his lackeys to take over the control of PDP.

The party in an earlier letter to the NWC of the PDP complained bitterly about Obaseki and his sinister moves in usurping the leadership of the party that was elected through a state congress. They have consistently cried foul and have vowed to resist the Edo State Governor.

Yesterday the crisis took another twist as the Edo Central Senatorial Executive Committee of the PDP met and made far-reaching decisions.

The senatorial district suspended Chief Tom Ikimi from the party and warned him to desist from operating under any capacity with the name of the PDP.

As usual, we shall bring you the unedited communique issued after the meeting which included all the local government chairmen in Edo Central Senatorial District while afterwards, we shall relay the feedback.

See the full message below as signed by the chairman and its secretary.

In furtherance of the State Expanded, Working Committee meeting held on the 10th May 2021.

1. The Senatorial backed/reaffirmed the positions /decisions of the expanded State Working Committee meeting held on the 10th May 2021.

3. The Senatorial district hereby passed a VOTE of CONFIDENCE on the State Executive Committee led/chaired by Hon. Anthony Aziegbemi.

6. The LGA Chairmen from the Senatorial district should summons an emergency meeting with their respective ward chairmen, to ensure that the aforesaid resolutions /decisions are properly disseminated and strictly adhered to.

The Senatorial district is far bigger than an individual. The Senatorial District is  resolute, committed, United, focused, law-abiding district and will continue to work hard to achieve its objectives and aspirations.

Related Topics:obasekipdptom ikimi
Up Next

Fulani People Ready For Breakup Of Nigeria, More Than Any Other Ethnic Nationality – Miyetti Allah