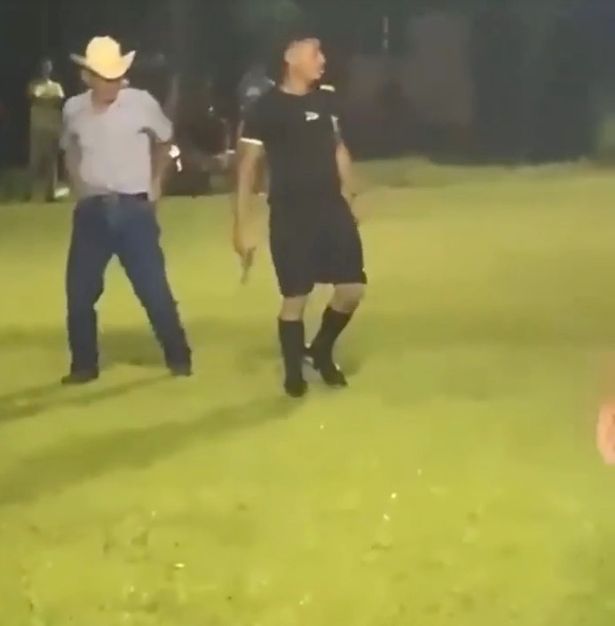 A referee restored order after a controversial penalty decision by pulling out a gun.

The extraordinary moment the match official strolled around the centre circle with the weapon in his hand was filmed by fans who kept a safe distance amid the confusion.

The tense scene occurred during an amateur match in the western Honduran town of La Jigua.

Local reports said the unnamed ref brandished the pistol to protect himself from angry supporters who thought he should have awarded their side a penalty.

A relative is said to have handed him the weapon at the end of the match as he was jeered by the furious fans.

Shots could be heard during the home-made video, although it was unclear where they had come from.

Read Also Hilarious!! Boyfriend On The Run After Five Rounds Of $3x, Girlfriend Chases After Him (Photo)

One supporter was overheard insulting the ref by calling him a son of a b****, although he appeared to make a wise decision by staying in the stands.

There were no reports of any injuries as a result of the standoff.

The match official has not been identified and it is not yet clear if he will face any disciplinary action over his radical decision. Ghana: “He Promised To Marry Me And I Allowed Him To Fvck Me” – 17 Year Secondary Girl Impregnated By Dr UN Speaks – (Video)