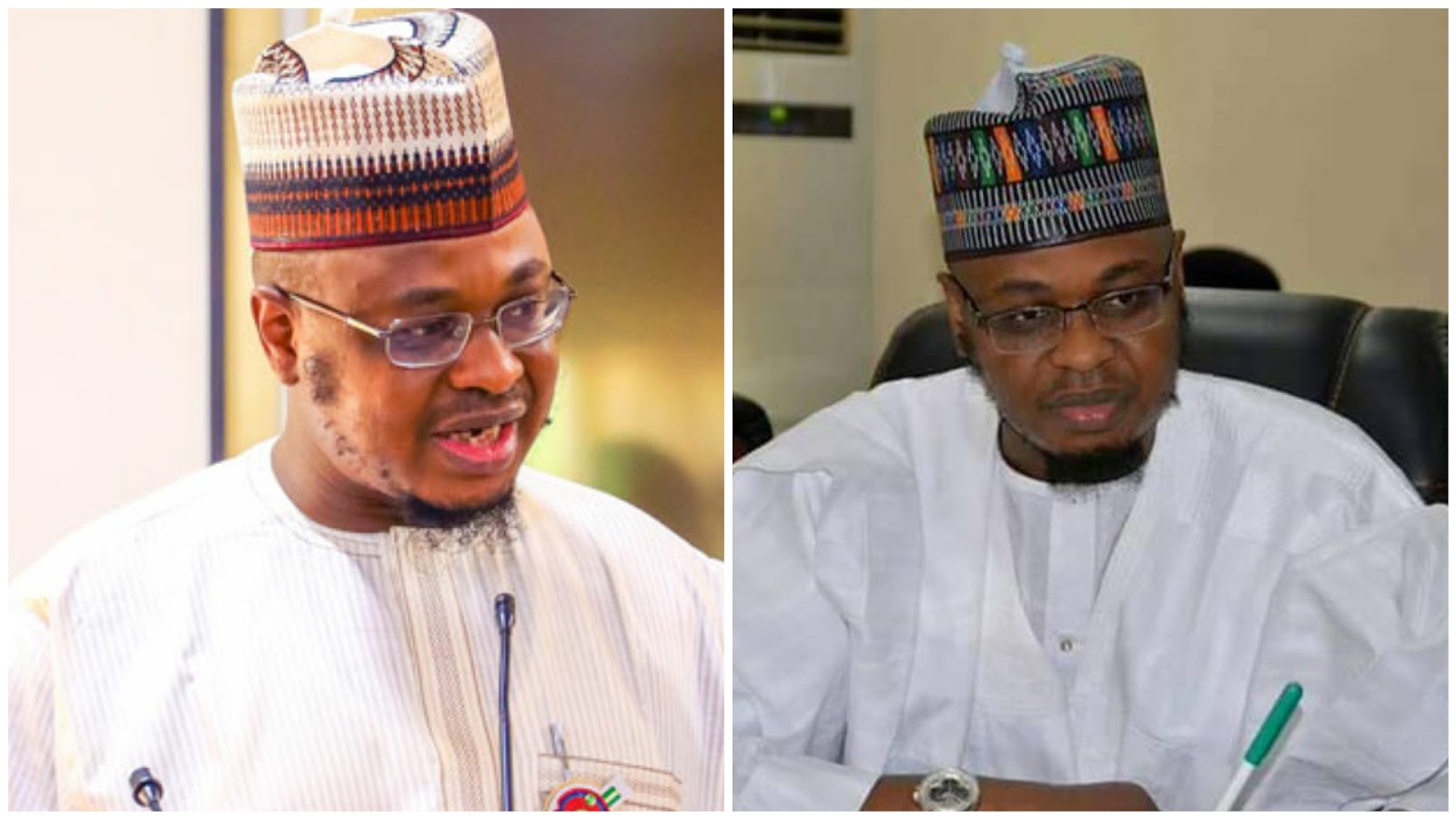 Nigerians are currently in a great panic as US Govt placed Minister Isa Pantami on terror watch list for having a link to Boko Haram and Al-Qaeda. Alhaji Isa Ali Ibrahim, popularly known as, Isa Pantami, is Nigeria’s Minister of Communications and Digital Economy.

According to the American Intelligence, Isa has ties with Abu Quatada al Falasimi and other Al-Qaeda leaders. Before his appointment as minister, he used to be an Islamic preacher, who held “dangerous views” against the American and Western government with allegiance to Al-Qaeda.
Isa Pantami is said to be a very close confidant of the late Mohammed Yusuf, the killed leader of Boko Haram, with whom he allegedly shared Jihadist doctrines, Independent Newspaper reported.
After the news of Isa Pantami being on the US Govt terror watch list went viral, Nigerians began to panic because he has access to Nigerians’ NIN (National Identification Number). Some Nigerians are calling for his arrest, while some are looking for a way to unlink their NIN from their SIM cards.
Reactions from Nigerians below:
Olúyẹmí Fásípè (Ìgbàlódé Pastor)
@YemieFASH
US Government has placed the Minister of Com­munications, Sheikh Isa Pantami, on Terror watch-list for alleged ties with Boko Haram Leader. US intelligence is not a joke; they don’t make such information public without substantial evidence. @NigeriaGov
should #ArrestIsaPantamiNow.”
Emma ik Umeh (Tcee )
Flag of Nigeria
@emmaikumeh
Nigerian Minister, Isa Pantami On US watch List for links with Al-Qaeda
We have been saying it, that Terrorists are members of this government. Waiting for Lai Mohammed to insult US Govt. That is what he knows how to do best.”
UNCLE AJ
@UNCLE_AJALA
US Govt places Nigeria’s Minister of Com­ms, Isa Pantami on Terror watch-list for alleged ties with late Boko Haram Leader.
Aside this, I wonder why Emefiele & Finance minister can’t see the damage Isa Pantanmi is doing to the economy by not selling sim, in the name of NIN policy.”
Premier
@SodiqTade
Is there a way to unlink my number from NIN?
Cos I can’t trust my data with Isa Pantami. It is like handing over the Country security architecture to bandits negotiator, Sheikh Gumi.”
Mazi @FestusGreen
Flag of Nigeria
@FestusGreen
When Ex President Goodluck Jonathan lamented that Boko Haram Terrorists have taken over his govt, some of you thought the man was weak & clueless!
They managed to grab power from him, and now, they reign & rule in the open. They aren’t hiding. Ask Isa Pantami! Ask Gumi! Ask USA!”
Wale Adetona
@iSlimfit
This news about the Minister of Digital Communications, Isa Pantami having ties with Boko Haram sounds somehow and difficult to believe.”
Arinola Ifeoma Awokoya- Bokoto in Pepper sauce
@iyaboawokoya
In Nigeria, satan has recruited many. Evil comes personified in small/medium/large sizes. I have done a search on the Isa Pantami story & only the evil press reporting it. Before you are swayed by dem dem deflection, ask them for a link to the US Terror watchlist page.
Somto Okonkwo
@General_Somto
I’m Not Surprised To See Nigeria Minister Of Com­munications, Sheikh Isa Pantami On America’s Watch List Of Persons With Ties To Boko Haram. Most Of These Top Northern Politicians Has Links With Boko Haram. Even Buhari Said..’An Attack On Boko Haram, Is An Attack On The North.
NEFERTITI
@firstladyship
Sheikh Isa Pantami is on America’s Watch List of persons with ties with the Boko Haram. Terrorists & their apologists are in charge of Nigeria.
Pantami is the man Nigerians entrusted with their BVN & NIN. So your inability to buy & register new SIM cards is an economic sabotage.
Related Topics:
Up Next

Presidency Reacts To Report Of ‘Buhari’s Minister, Pantami On US Terror Watchlist’