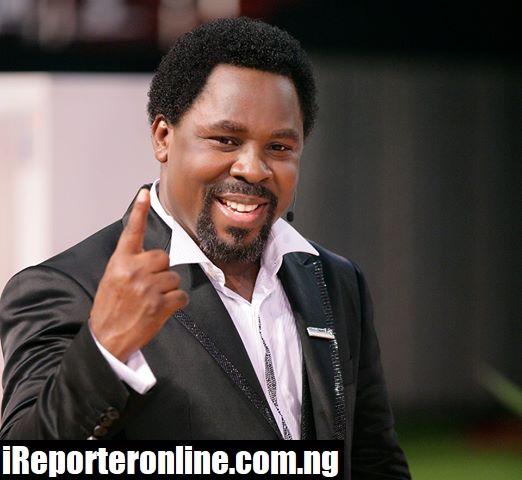 On Saturday the founder of Synagogue Church of All Nations (SCOAN), Prophet Temitope Balogun Joshua passed on to eternal glory. The controversial prophet was renowned for his philanthropic acts and his many miracles. His church was literally a house to millions of people who thronged the Synagogue daily in search of solutions to their afflictions.

Many reactions have continued to trail his demise. Yesterday a man named Emeka Nduka took to his social media handle to reign curses at the evangelist describing him as a descendant of the Devil who has no space reserved for him in heaven.

See his post as unedited on his social media handle.

“TB Joshua was never a man of God, he was a direct descendant of the Devil and as such deserves no space in heaven among our heavenly bodies. He would perish in hell where he belongs with his father the Devil. This is a man that clearly sourced his powers from the kingdom of darkness and used this same power to entice the children of God into perdition.

May God of Nnamdi Kanu punish him for what he is, a scumbag and a liar from the pit of hell. It shall never be well for him, let him continue to please his slave masters from the kingdom of darkness. With all his fake prophecies he never saw the liberation of Biafra no wonder he died a shameful death. Everybody that refuses to accept Biafra would die similar way like him.”

Emeka’s post has since gone viral on social media with many calling him out to pull down the post.

Emeka who claims to be a unit commander in IPOB said the sins Joshua committed against the Biafra Nation was the cause of his death.

Was Emeka right to have said all these despicable things about a departed soul?

Drop your comments and let us know what you think.

See The Prophet Who Prophesied T.B Joshua’s Death Three Times, Spoke To Him About It