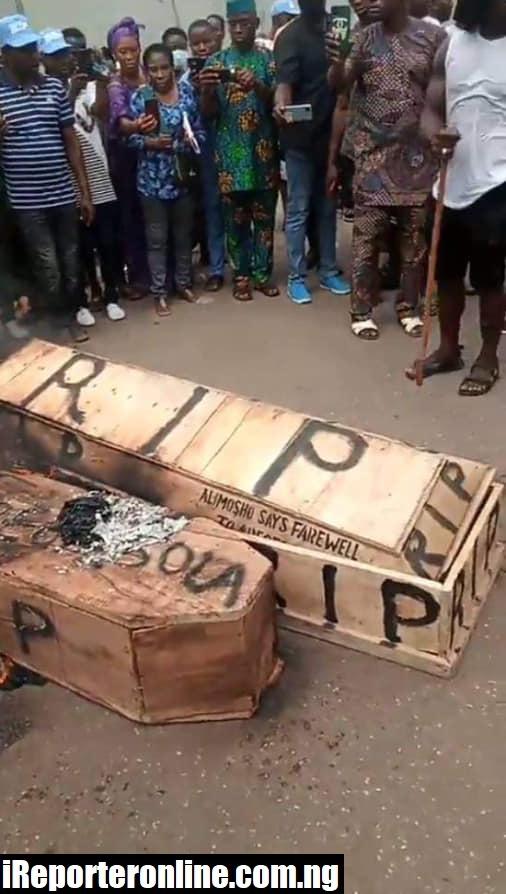 Kindly Share This
The Heat Is On As APC Members Burn Aregbesola’s Mock Coffin In Alimosho, Wahala Don Burst
This one loud oh, shuo wetin happen wey make APC members for Lagos they vex like this?
Today APC members at Alimosho were seen burning a mock coffin of Former Osun State Governor, Ogbeni Rauf Aregbesola saying Lagos State no longer needs a traitor.
Hmm, the fallout between Ogbeni and his benefactor Asiwaju Bola Ahmed Tinubu may have taken a new twist, especially with the victory of Oyetola yesterday at the APC Osun primaries.
Some people were seen with the inscriptions: Aregbesola has politically died in Lagos State.”
“Say No to Aregbesola in Lagos State.” 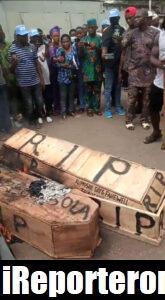 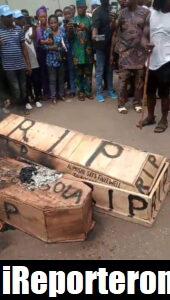 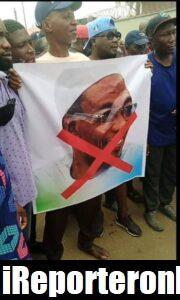