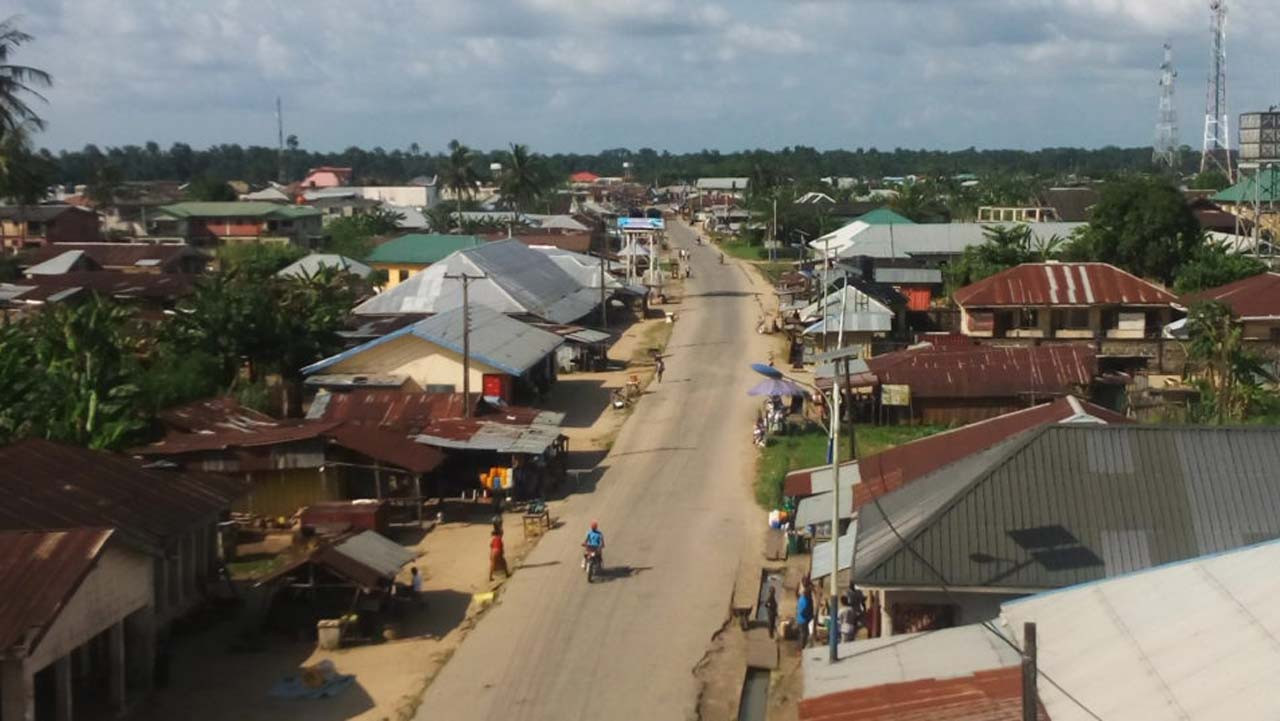 The wife of the Odogwu (Warlord) of Ogwash-Uku kingdom, Aniocha South LGA, Mrs. Ohai, was over the weekend stripped and raped by irate youths over chieftaincy tussle.

Recounting how it happened to newsmen, the Odogwu of Ogwash-Uku, Chief Gabriel Ohai, said the youths turned against him when some police officers came into the community to arrest one of them.

“Police came to re-arrest one Ikechukwu Illoba who led his hoodlums to beat a 75-year-old man to death after an autopsy result.

The suspect, who raised alarm and called his cohorts as early as 6 am already converged before the arrival of the policeman resisted re-arrest.

Immediately the police left, the hoodlums moved in their numbers to my house pulled down my gate, fence and moved to my palace I built, set my house ablaze, stripped my wife naked, raped her, burnt down my two vehicles and moved to my farm, 20 kilometres away from where I live, set the building there ablaze.

My workers quarters were burnt down, my livestock over 3000 birds, 100 pigs and others were released into the forest. The farm was destroyed completely, some of my property were looted other set ablaze

It became imperative for me to talk to the world, the government and human rights organization to know what I am passing through in the hand of those who are above the law. And there is now lawlessness in Azungwu Quarters, Ogwash-Uku” Ohai said

Twelve persons were injured during the attack. Also, three houses, poultry, and two vehicles worth over N500 million were destroyed by the irate youths.

The spokesperson of the state police command, Bright Edafe, who confirmed the incident, said an investigation has been launched.