The United Nations (UN) says it is investigating a possible case of s3xual misconduct by staff after a video circulated on social media shows a woman straddling a man in a vehicle with UN markings in the Israeli city of Tel Aviv. 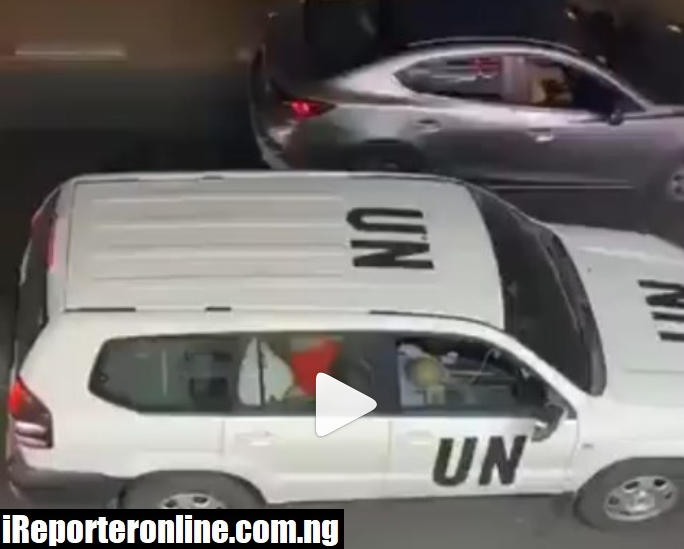 The 18-second video clip, filmed at night from a building overlooking a busy road, appears to show a woman dressed in red engaged in the act with a man wearing casual clothing in the back seat of a Toyota 4X4 vehicle before driving out of view. Another man can be seen seated in the front passenger seat.

According to a Twitter user who shared the footage, the man in the back seat is a UN delegation member and the woman is a hooker that he allegedly picked up off the road to sleep with in the vehicle.

UN spokesperson Stéphane Dujarric told The New Humanitarian that the world body was “shocked and deeply disturbed by what is seen on this video”.

“The behaviour seen in it is abhorrent and goes against everything we stand for and have been working to achieve in terms of fighting s£xual misconduct by UN staff,”

Dujarric added that the UN’s Office of Internal Oversight (OIOS) is already investigating the alleged incident and that the identification of the individuals in the video is close to being completed. The OIOS is an independent body that probes misconduct, fraud and corruption within the UN.

Although the video is unclear, the number plate of the car appears to belong to UNTSO, which stands for the United Nations Truce Supervision Organisation, a UN body originally formed in May 1948 to monitor a ceasefire around the time of the establishment of the state of Israel.

Watch Moment Cows Cause An Accident In Abuja (Video)

Hilarious!! Choose Your Battles Wisely – Man Beaten Like A Rat After Daring Another Man For A Fight (Video)