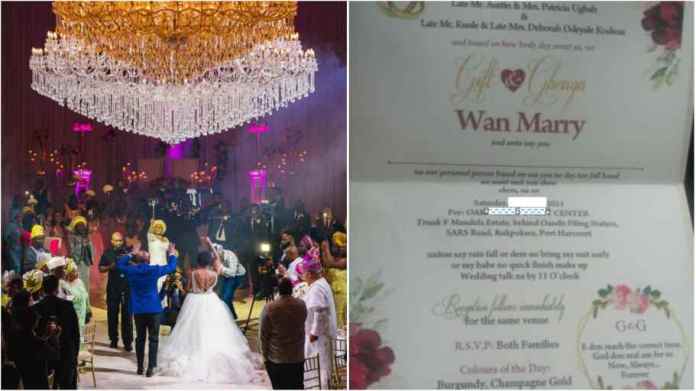 A young lady who goes by Facebook name Maryam Shetty has gone online to narrate how a wedding was called off.

Before sharing the story, the lady wrote that classism is rife in the northern part of the country and it is carried out by parents.

She disclosed that before the wedding was cancelled, the bride’s parents felt that the groom’s house does not befit their child’s status.

The parents said that they would not want their daughter to go and suffer in such an environment, Maryam said.

In a bid to remedy the situation, the bride’s family offered to give them a new house. The groom refused the offer.

Read Also Drama As Girlfriend Pulls His Boyfriend Who Was L!cking A Female Artiste On Stage And Beat Him Like A Baby (Video)

According to Maryam, the man is not poor as he is a very educated person with a good job.

Don’t Joke With Me, I Am An Ashawo – Shameless Lady Announces Her Business (Video)