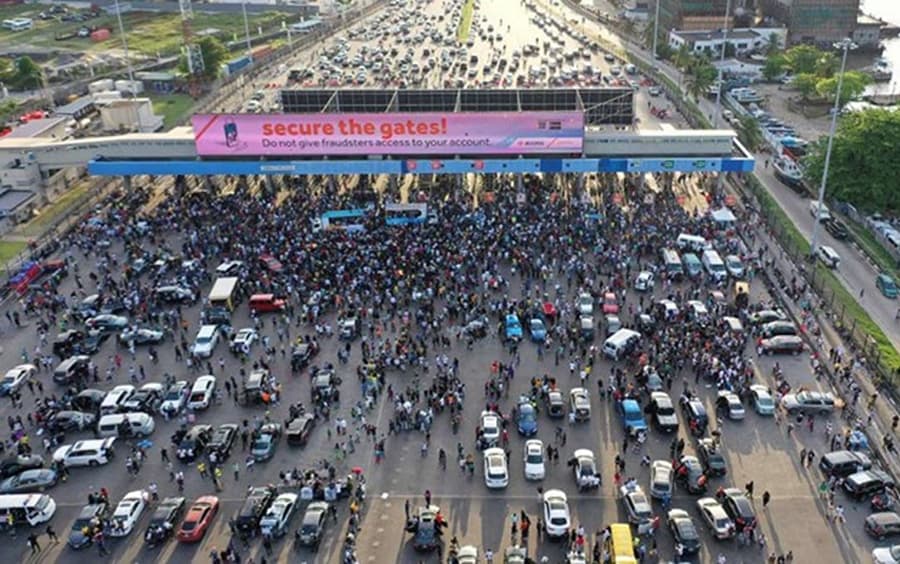 The Lagos State Government has said soldiers “intervened” during the EndSARS protests in the state in October 2020 to assist civil authorities restore law and order in the state.

The Babajide-Sanwo-Olu government stated this in its White Paper on the report of the Lagos State Judicial Panel of Inquiry on Restitution for Victims of SARS Related Abuses and Other Matters which probed the EndSARS protests in the state last year.

The Justice Doris Okuwobi-led panel in its fifth recommendation had said that the “Nigeria (sic) Army be discouraged in intervening in internal security.”

In its comment, the state government said, “Lagos State Government observes that Section 217(2) (c) of the Constitution of the Federal Republic of Nigeria 1999 (as amended) states that the Armed Forces may “intervene to suppress insurrection and also to assist civil authorities to restore lawful order” which had clearly broken down in Lagos between 19th – 21st October 2020. See evidence of Brig. Gen. A.I. Taiwo on page 35, Mr. Muri-Okunola (Head of Service) on pages 120-126 and ACP. Oludotun Odubona on pages 219-223). Such intervention must however be with clear rules of engagement.”

The government also rejected the findings by the Okuwobi-led panel that nine persons were killed by gunshots at the Lekki toll gate on October 20, 2020.

The panel had listed 48 names as casualties out of which 22 protesters sustained gunshot injuries, while 15 others were assaulted by soldiers and the police when they stormed the Lekki toll gate to disperse the young demonstrators.

It had stated, “The atrocious maiming and killing of unarmed, helpless and unresisting protesters, while sitting on the floor and waving their Nigerian flags and while singing the National Anthem can be equated to a ‘massacre’ in context.”

Lagos State Governor, Babajide Sanwo-Olu, had received the report of the panel on November 15, 2021 and said the White Paper would be released in two weeks, which elapsed on November 29, 2021.

Releasing the White Paper on Tuesday, November 30, 2021, a copy of which was obtained by our correspondent, the state government accepted 11 out of the 32 recommendations made by the judicial panel of inquiry, rejected one and accepted six with modifications while 14 recommendations fall outside the powers of Lagos State Government and will be forwarded to the Federal Government for consideration

The government also accepted the panel’s recommendation that grievances address mechanism be improved upon to engender speedy attention and action, adding that it will engage youths more and utilise “dialogue” as a vital tool.

The government also accepted that curfew regulations should be widely publicised.

On the panel’s recommendation for the training of security operatives on rules of engagements to manage protests, the government said it would forward it to the Federal Government in charge of the Nigeria Police Force and the Nigerian Army.

The state government said it would designate a park in the state and name it, ‘Peace Park’ to serve as a reminder to Lagosians on the EndSARS protests.

The state government agreed with the panel that October 20 of every year would be made a ‘Toll-Free Day’ at the Lekki Toll Gate as long as the toll gate exists.