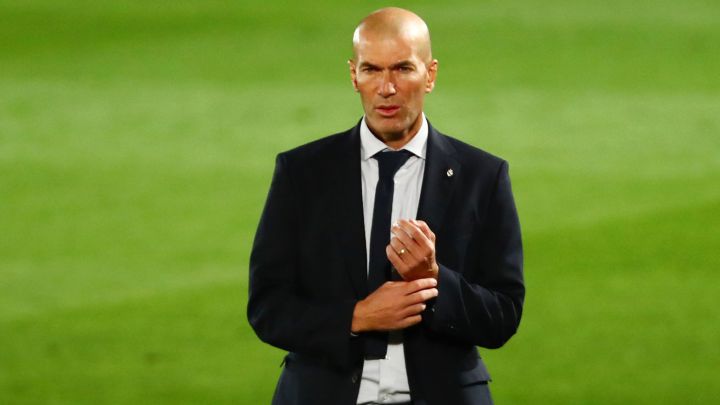 Zinedine Zidane hinted on Saturday he could leave as coach of Real Madrid at the end of the season, saying he believes “there comes a time when it’s the moment to change”.

Zidane’s contract expires in 2022 but he has repeatedly refused to confirm he will still be at the club next season.

The Frenchman has a history of surprises after resigning as coach unexpectedly in 2018 before making a shock return a year later.

As a player, he initially announced his retirement from international football in 2004 before coming back for the 2006 World Cup, after which he retired for good.

“You talk about me leaving in 2006 and 2018 and it’s like you think I leave because I’m shirking responsibility or that I quit when things get tough,” said Zidane in a press conference.

“It’s not, the only thing about me is that what I do, I do to the end, and then there comes a time when it’s the moment to change. For everyone, not just for me. For the club, for the good of the club, for the people.

Zidane spoke warmly about his players, describing his relationship with them as one of “total respect” while adding their time together as “something that will be there forever”.

When it was put to him that it felt like he was saying goodbye, Zidane said: “I can only say the same thing. I don’t know what will happen. I’m here now, yes, and tomorrow we are going to play. Then we will have one match left.

“The rest, I don’t know what will happen. This is Real Madrid. I don’t know if it’s a strength but I am always about the day to day. It’s always been like this.”

Real Madrid play away at Athletic Bilbao on Sunday, knowing anything but a victory at San Mames will mean Atletico Madrid win the title if they beat Osasuna at the Wanda Metropolitano.

They sit two points behind Atletico Madrid in La Liga, with two games left to play.

“We have to look at what we can control,” said Zidane. “The important thing is to keep winning ourselves.”

Toni Kroos is the latest player to join Madrid’s lengthy list of absentees, with the German midfielder self-isolating after coming into contact with someone that tested positive for Covid-19.