The Northern Governors Forum (NGF) met today September 27, to deliberate over some of the resolutions reached by Southern Governors on governance in the country. 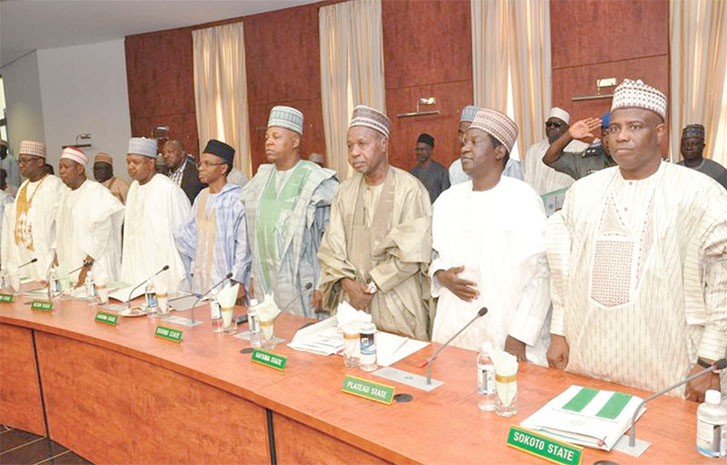 The Northern Governors who reacted to calls for power shift to the South in 2023, stated it is unconstitutional as the constitution says that an elected president shall score the majority votes; score at least 25% of the votes cast in 2/3 States of the Federation.

A communique signed by Simon Lalong, governor of Plateau and chairman of the northern governors’ forum read;

“The Forum observed that some Northern State Governors had earlier expressed views for a power-shift to three geopolitical zones in the South with a view to promoting unity and peace in the nation. Notwithstanding their comments, the Forum unanimously condemns the statement by the Southern Governors Forum that the Presidency must go to the South.

“The statement is quite contradictory with the provision of the Constitution of the Federal Republic of Nigeria (1999) as amended, that the elected President shall: score the majority votes; score at least 25% of the votes cast in 2/3 States of the Federation. In the case of run-up, simple majority wins the election.”

EXPOSED: Meet The Alleged Sponsor Of The Pro-Buhari Protest In New York