A chieftain of the All Progressives Congress, Nasiru Haladu Danu, has been linked to sponsoring the pro-President Muhammadu Buhari protest in New York, United States last week. 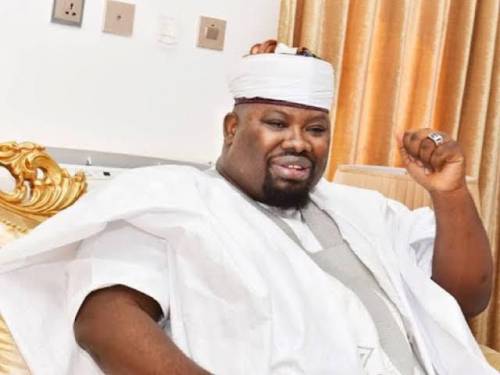 It was gathered that the businessman and politician paid the protesters $50 per hour to come out for the rally.

Danu has been identified as a die-hard supporter of President Buhari.

A source that spoke with SaharaReporters said, “The ‘One Nigeria’ protest which is pro-Buhari was funded by Nasiru Danu. He funded all the Pro-Buhari hired crowd at the United Nations General Assembly in New York.”

A mail written by one of the organisers of the protest was titled, ‘I need 50 people, men and women, for tomorrow morning 50$ an hour (sic) (Midtown East)’.

It reads: “Good evening, I need 50 people men and women, preferably black, to come support and cheer for a black government official at the United Nations headquarters on midtown East Manhattan at exactly 11.30 am.

“The whole gig will be around an hour (sic) and a half to 2 hours, you’ll be compensated on the spot by me 50 dollars an hour. Text or call me asap if interested 7184130053 for more details, bring more people if you can please. See you all tomorrow.”

READ ALSO: How Black Foreigners Was Paid $500 Each To Protest Against Yoruba Nation -Prof. Akintoye

It was also disclosed that the phone number attached to the email belongs to one Ogundare Olukemi who is said to be based in New York, United States.

Recall that the protesters converged at the Nigerian House on 42nd Street, 2nd Avenue, expressing their views about the issues of insecurity in Nigeria and its unity.

The protest started after President Buhari arrived in New York for his scheduled activities for the United Nations General Assembly.

The One Nigeria group members carried placards on which were written, “Stronger together”, “Unity in diversity”, “Genocide in Eastern Nigeria plain propaganda”

2023: See Northern Governors’s Position On Power Shift To The South