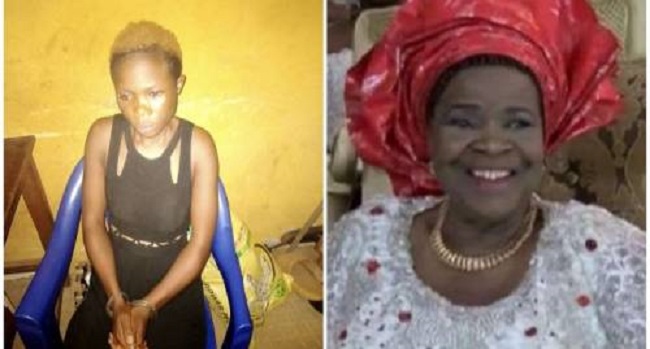 The maid was found guilty of killing Madam Igbinedion, 85, with a stool with the intent to rob her of the sum of N100,000 on December 1 last year at her uptown residence in Ugbor, Benin City.

Justice Ikponmwoba held that the convict, after the killing, used cotton wool to cover the nose of the deceased and thereafter called a cab to escape from the house the following morning after the brutal killing.

Read Also How I Killed Igbinedion’s Mother – Maid Opens Up

The convict confessed to the police that she bought Indian hemp which she used in preparing a meal for the deceased in order to weaken and kill her without struggle.

The trial judge held that going by the evidence of the pathologist on the cause of death, and evidence of other prosecution witnesses, in addition to the convict’s confessional statement, it was safe for the court to send the convict to the gallows.

The elder sister of the convict, Patience Okoro, however, escaped having a date with the hangman as the court held that the only evidence linking her with the case was that the younger sister called her to inform her after committing the crime.