Four daredevil kidnappers have been killed by men of the Inspector General of Police Response Team ( IRT) and the Anti Kidnapping Squad of the Edo State Police Command.

According to Standard Gazette crime correspondent, Festus Alenkhe, the suspects were shot dead on Tuesday, July 6, when they stormed Presco Oil Company, LTD along Benin-Sapele Road to abduct an expatriate.

The four deceased suspects, Osaosemwen Osifo, David Ogba, Efosa Friday and Nelson Uchiko, were earlier arrested in 2015 for alleged kidnapping. They were charged to court and remanded in Oko correctional centre (Prison) in Benin City.

The four were arrested while attempting to abduct one Mr Kesmond in 2015. They were then charged to court in Benin city for armed robbery and several kidnapping operations as they were all remanded in prison custody.

They escaped from Oko prison during the October 19, 2020, EndSars protest, regrouped and returned to crime, terrorizing Benin city and environs.

Their luck ran out on Tuesday when they stormed Presco Oil Company to abduct the expatriate who works for the company.

Based on a tip-off, the Inspector General of Police Response Team (IRT) and the Anti Kidnapping and Cybercrime Unit intercepted the suspects at the Benin Bypass in Benin.

Four of them were killed on the spot during a gun duel. However, Osaosemwen Osifo narrated his involvement with the gang before he died.

“I was in prison when they suddenly opened the gate last year, and we all escaped with my friends now. We then formed another gang to kidnap and raise money to travel out of Nigeria. I ran to Abuja and came back to Benin city for this kidnapping of the man working in Presco company Ltd. I was shocked how the police got to know about our plan. Now, I have been hit. I regret this kidnapping.” he said.

A Golf car allegedly snatched by the hoodlums with the registration number removed used for the operation was recovered. 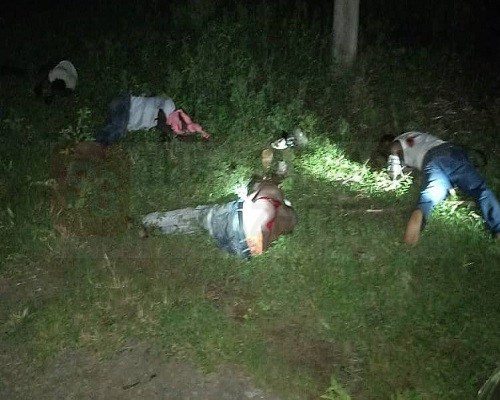 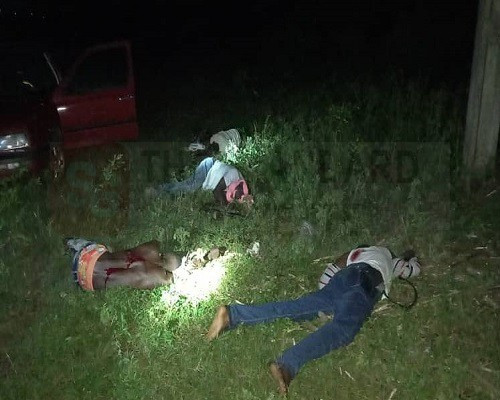