Another Prominent Nigerian Is Dead 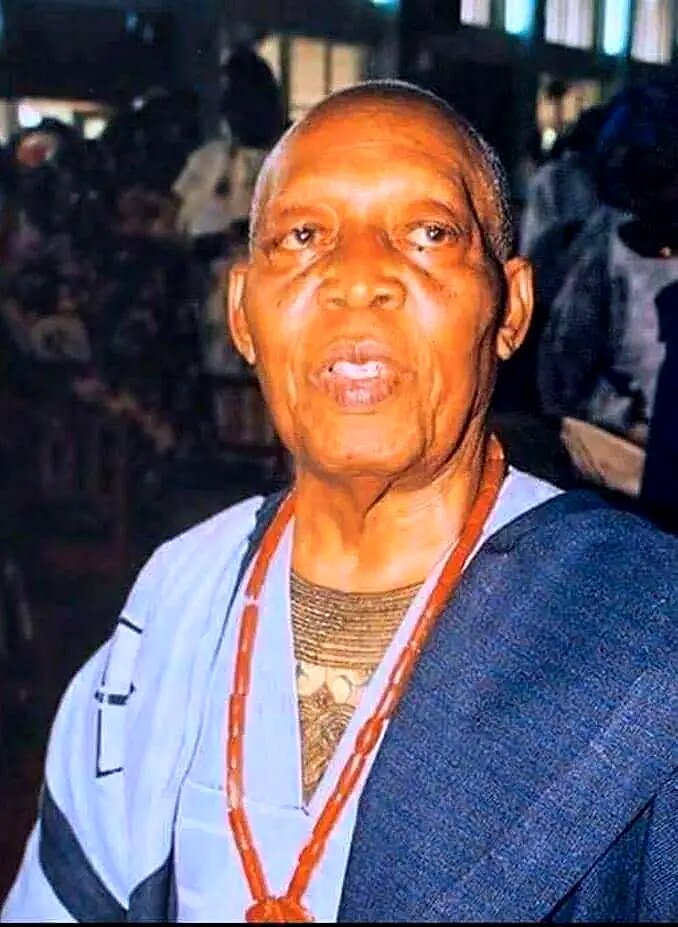 The Adepoju Akomolafe Dynasty of Ido-Ekiti, Ekiti State, with a heart of immense gratitude to God and in celebration of an impactful life of enduring legacies, has announced the triumphant transition to glory of its dearly and deeply beloved Patriarch, father, grandfather, great-grandfather, Uncle and Cousin, Omooba (Dr.) Adepoju Akomolafe, JP on January 4th, 2022. He was aged 104 years.

Omooba (Dr.) Adepoju Akomolafe was a consummate teacher in Western Region of Nigeria for 25 years, teaching at various schools such as CMS School and Igbobi College, Lagos. He was the pioneer principal of Ekiti Parapo College, Ido-Ekiti for 15 years, from 1954 to 1968.

Omooba (Dr.) Adepoju Akomolafe, a community man, served Ekiti in different capacities. In 1954, he was elected the first chairman of Ido/Osi Local Council. He was a founding member of the Action Group (under the leadership of the late sage, Chief Obafemi Awolowo) on whose platform he was elected a member of the Federal Parliament in 1959. He was a shadow Minister for the Federal Ministry of Establishment and Deputy Leader of Opposition in the Parliament during the first republic.

Omooba (Dr.) Adepoju Akomolafe, a devout Christian and a genuine lover of God, served in different positions in the Church of Nigeria (Anglican Communion). He, along with others, worked for the establishment of the Anglican Diocese of Ekiti, serving as its first Registrar. He was Lay President of the Church of Nigeria (Anglican Communion) for 15 years.

Omooba (Dr.) Adepoju Akomolafe was either the chairman or a member of many government corporations and pararstatals chief amongst which was The University of Nigeria Teaching Hospital, Enugu, Enugu State where he was the Board Chairman. His tenure witnessed several developmental projects, including the construction of a modern theater where the first open heart surgery in Africa was performed. He was also the Board Chairman of the Lagos University Teaching Hospital (LUTH), Idi-Araba, Lagos.

Omooba (Dr.) Adepoju Akomolafe was the Chairman of the Statutory Corporations Service Commission in Western State which was supervisory body for all corporations including the WNTV/WNBS, the defunct WNDC etc. He was a Paul Harris Fellow of Rotary International and a prominent member of the Nigerian Red Cross Society.

Burial details will be announced by the family.

BMW Unveils Car That Changes Colour At Touch Of A Button