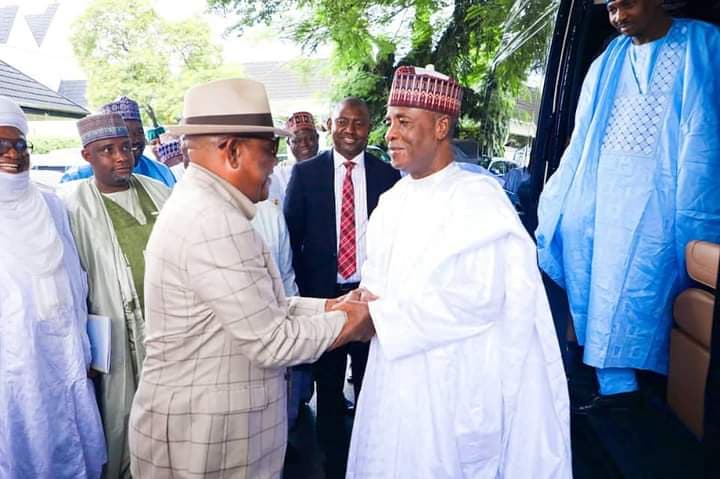 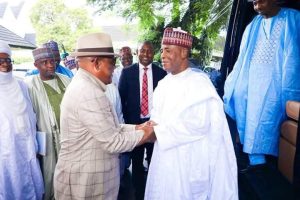 Nyesom Wike has been on a commissioning rampage over the past several days, calling top APC members to come commission some major projects in Rivers State. The projects have so far been laudable, as most APC governors and ex-governors have attended the commissioning ceremonies.

Today in Rivers State, Wike commissioned another of his mega projects under the supervision of former Sokoto State Governor,  Aliyu Wamako  and here he made a bold statement, stating that after the commissioning of projects then “we shall start politics.” He further said then we shall know who is who in politics.

This is a direct assault on Atiku and the PDP who we heard named Farah Dagogo the leader of PDP in Rivers State ahead of the State Governor.

To me Oh, Wike is making a direct statement to his good friend, Tambuwal , whom he supported through thick and thin four years ago in order for him to win the PDP presidential ticket, only to betray him on the day of this year’s presidential convention by publicly supporting Atiku. Wamako is a sworn enemy of Tambuwal and belongs to the oppositional party the APC in Sokoto State.

After making this statement Wike started singing as e dey pain dem na so e dey sweet us. Wike is set to play the spoiler in PDP and may likely support Asiwaju Bola Ahmed Tinubu for the presidency. In fact we have it on good authority that even if talks with Tinubu fails he would rather give his support to Peter Obi than Atiku.

Hilarious : Who Among These Presidential Candidates Is The Most Beautiful?(Photos)