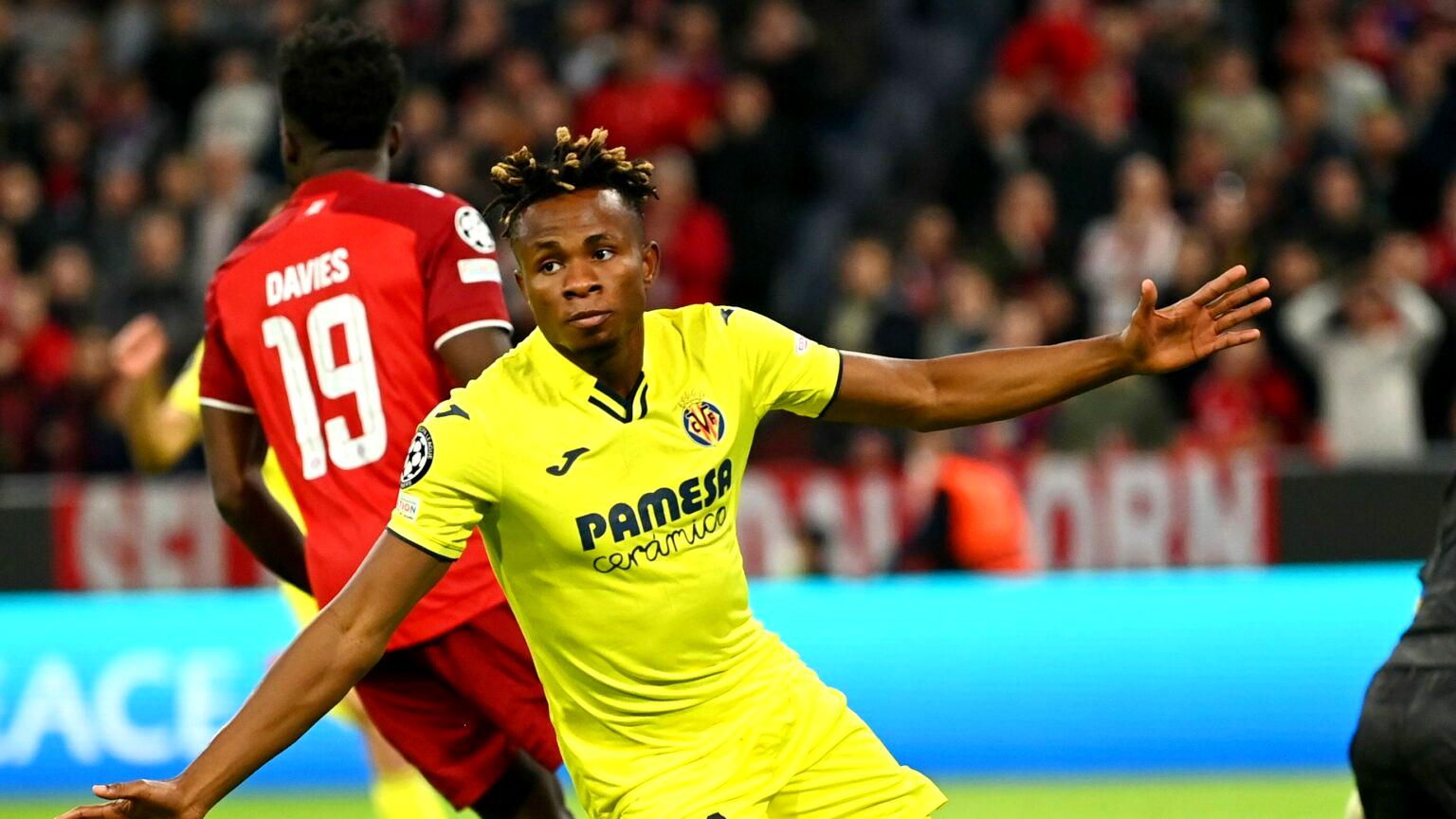 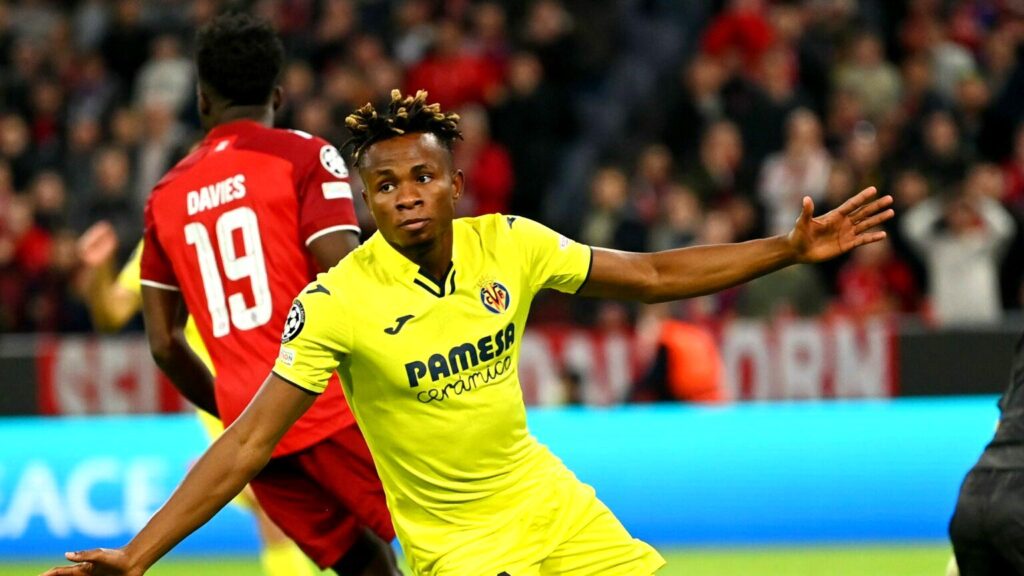 Samuel Chukwueze scored in the 88th minute to help giant killers, Villarreal qualify for the semi-final of the UEFA Champions League beating Bayern Munich 2-1 on aggregate.

The onus was on Bayern following last week’s 1-0 defeat in Spain, and the home side took up the responsibility from the off, setting up camp in the Villarreal half. Yet for all their intent the Bundesliga champions reached the interval with little in the way of meaningful chances to show for it.

Much of the credit went to the visitors’ yellow wall, but one lapse seven minutes into the second period and all the good work was undone as Kingsley Coman capitalised on a loose pass out of defence. The ball was recycled through Thomas Müller and then Lewandowski, who coolly applied the clinical finish.

Villarreal were rocking for a while, but 36-year-old Raúl Albiol helped them back onto their feet before Chukwueze unleashed the sucker punch. It was a move that began right on the edge of their own box, Dani Parejo and Giovani Lo Celso leading the charge before Chukwueze swept in Gerard Moreno’s cross.

Villarreal are back in the UEFA Champions League semi-finals for the second time in their history after a 16-year wait.