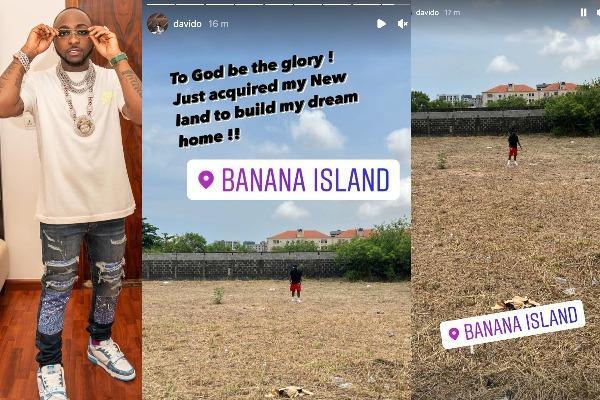 The singer on his InstaStories shared photos of the land, as he stated he is set to build his dream home.

He wrote, “To God be the glory! just acquired my new land to build my dream home!!”

In another post, the singer showed that the land he bought is at Banana Island.

On 13 March 2022, Davido had tweeted that he received a piece of land in Banana Island from his billionaire father, Adedeji Adeleke.

This comes a few months after the ‘FEM’ singer opened another house on the same Banana Island on January 6, 2022.

One Of Nigeria’s Most Decorated Highlife Musicians Is Dead (Photo)

Popular US Rapper Dies At 37 (Photo)