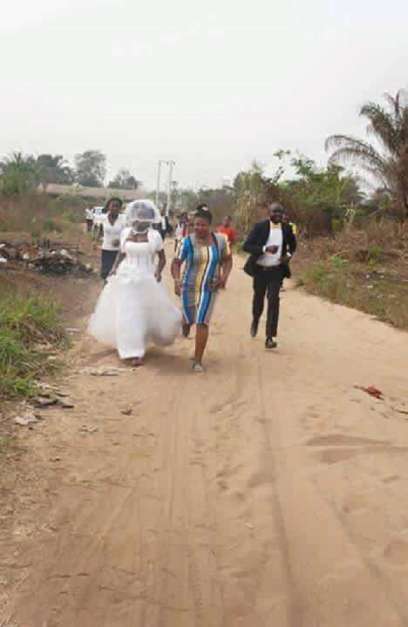 A dramatic scene occurred recently in Kilifi county after a woman identified as Jackeline Wanjiru fled from her wedding ceremony after realizing that her groom was a taxi driver and not a banker.

It was gathered that during courtship, the man-made her believe he was a bank employee with Kenya Commercial Bank.

Jackeline stormed out of AIC Mbeeni when she heard that Alfred Musa – her boyfriend of 4 years is a Taxi driver and not a KCB Malindi branch employee.

According to reports, the wedding scheduled to hold on Wednesday morning had to be suspended after the bride disappeared while family and friends were waiting.

READ ALSO: Controversy as Man Who Accused Pastor of Snatching His Wife Is Set to Marry Another Woman (Photos)

She was later found but efforts by the groom’s friends, and family to return her to the church for the wedding to continue failed.