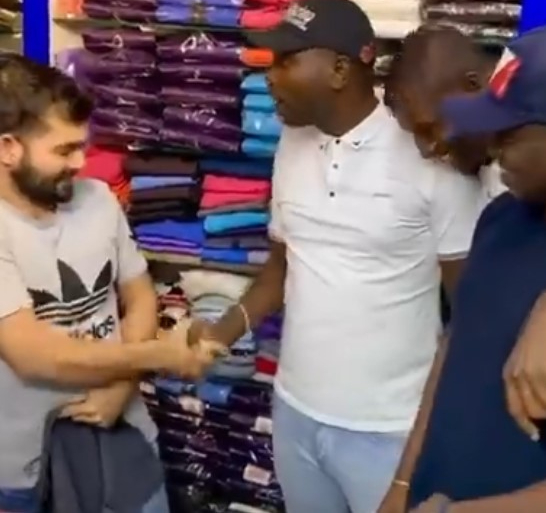 An Oyibo man has been captured on tape speaking Igbo language to some men from the south-eastern part of Nigerians.

The man who sells clothes in Dubai engaged in a conversation with some Igbo men who visited his shop in Dubai.

In a video that has gone viral, the white man tried selling his wares with the use of Igbo and this amazed the Nigerian men.

His conversation with them was so fluid and even did the popular Nigerian handshake to show them he knows their culture.