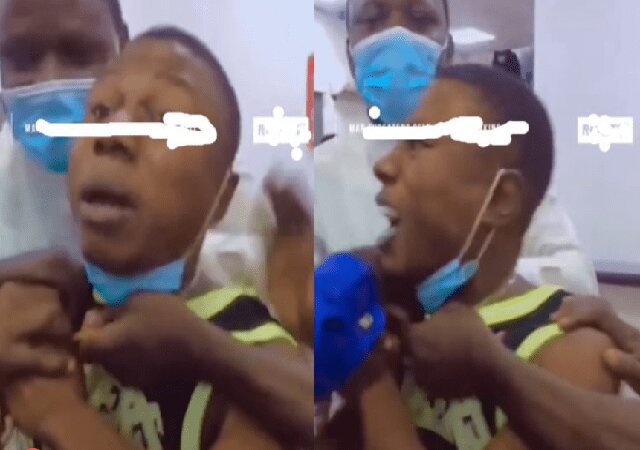 An unidentified man in Nigeria threatened to kill himself when he stormed the banking hall of United Bank for Africa, (UBA) Iju branch in Lagos.

The embittered man claimed that the bank transferred his money to hackers who compromised his account after he came to report over his account being hacked by unscrupulous people.

According to reports, the man had earlier reported an unfamiliar debit transaction of N450k on his account to the bank after which the bank reportedly asked him to get a court order to prove he had no business with the recipient.

He reportedly got the court order only to be informed upon his return that the transaction had been facilitated in favor of the supposed hacker.

In the video privy to Gistlover.com, the distraught young man is seen holding a rope whilst shouting that he is going to hang himself to death and this happened when banking activities was taking place as others clients were transacting business.