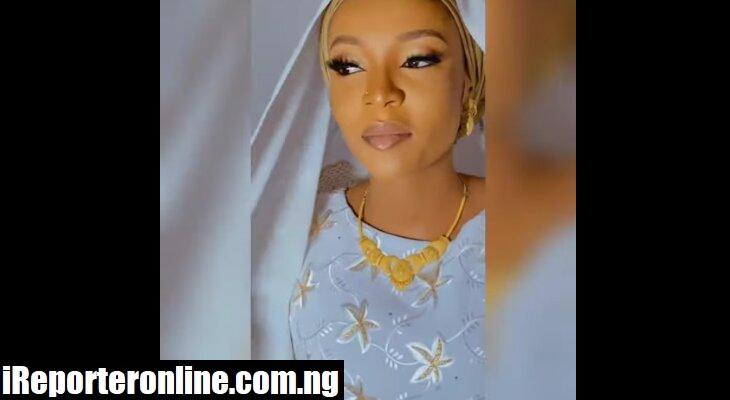 Naija News understands that Babangida got married to Maryam at a ceremony in Kaltungo, Gombe State on Friday.

Babangida who was previously a professional footballer for the national team, is now the President of the National Association of Nigerian Professional Footballers (NANPF),

He was also conferred with the Chieftaincy title of Baraden Wazirin Kaltungo, sources close to the ex-Super Eagles winger informed Dateline Nigeria.

Born 1992 in Gombe, Maryam has starred in dozens of movies since she got her first movie role in 2015. She is now playing the role of Laila in Labarina, shown on Arewa24.

Babangida, 48, was previously married to Rabah, a Tunisian and a sister of Daniel Amokachi’s wife and they are blessed with a son.

Maryam shared a video of herself on Instagram on Saturday with part of the caption reading ”Officially taken” along with ring emoji.