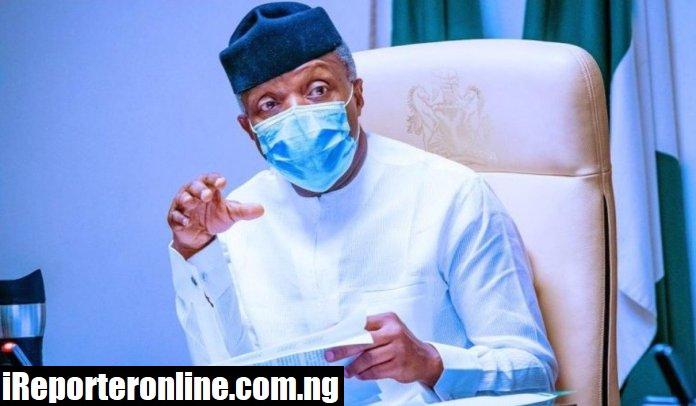 The federal government has begun the implementation of its plan to deliver electricity, through solar energy, to about 25 million Nigerians whose communities are off the national power grid. Vice President Yemi Osinbajo, who spoke during an event to mark the programme in Jangefe, Roni Local Government Area of Jigawa State, restated the determination of the President Muhammadu Buhari administration to give more Nigerians access to cheap and environmentally friendly renewable power.

Osinbajo said the Solar Power Naija programme would continue across the six geopolitical zones in six states, namely, Edo, Lagos, Adamawa, Anambra, Kebbi and Plateau, in the first phase, and then move to the entire 36 states and the nation’s capital, thus, covering 25 million Nigerians at completion.

Jangefe community got 1,000 solar home system connections for its about 5,000 population, as part of a 100,000 scheme, with a local solar power company implementing aspects of the scheme.
According tom Osinbajo, “The president had emphasised that we could no longer rely solely on the grid if we were to electrify the whole country, which meant that we had to develop an effective strategy for decentralising power supply.

“The Solar Power Naija programme, which is designed by the Rural Electrification Agency (REA), is an ambitious initiative that aims to create five million connections through a N140 billion financing programme that will support private developers to provide power for five million households, which means providing electricity for up to 25 million Nigerians.”

The vice president disclosed that the programme was a Public Private Partnership (PPP) arrangement supported by concessionary lending via the Central Bank of Nigeria (CBN) and commercial banks. He emphasised that structures had been put in place to make the cost of the connections affordable for the target communities.

In addition to the concessionary lending rates, Osinbajo explained that the government had provided subsidies and rebates for private developers to the tune of over $200 million under the REA and World Bank Nigeria electrification programme. He lauded the Jigawa State governor, Mr Abubakar Badaru, the Emir of Kazaure, and other critical stakeholders for their role in ensuring the implementation of the programme in the community.
The vice president further commended the Emir of Kazaure, who made a down payment for the community to benefit from the solar connections, stating that the decision facilitated the programme.

Earlier, Badaru said the federal government’s support to the states, despite declining resources, had been unprecedented since 2015. He recalled how the Buhari administration gave a bailout to states to pay salaries and the payment of the long outstanding refund from the Paris Club debts.

Badaru also listed that the school feeding programme and other schemes, saying apart from impacting the economy, they have improved school enrolment from about 600,000 to over a million since their implementation.

Osinbajo had earlier attended the coronation of the Minister of Water Resources, Mr Suleiman Adamu, as the Madakin Kazaure and Galadiman Roni. The vice president was joined by the governors of Ekiti, Kaduna, Kano, Kwara, and Katsina states, as well as the National Security Adviser (NSA), Gen. Babagana Monguno (rtd).