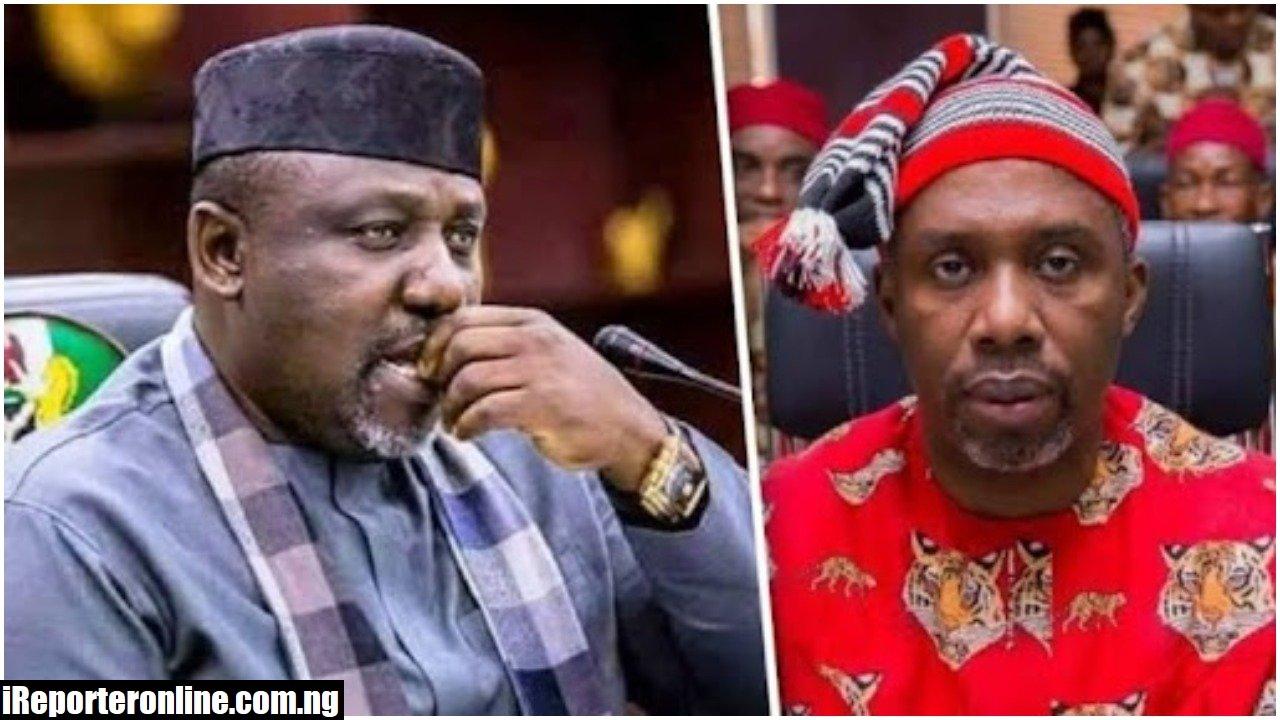 The Human Rights Writers Association of Nigeria, HURIWA has condemned the naming of the former governor of Imo State, Senator Rochas Okorocha and his Son-in-law Uche Nwosu as the alleged sponsors of kidnapping and banditry in the state.

DAILY POST had reported that the state government in a statement issued on Tuesday by Oguwike Nwachuku, Governor Hope Uzodinma’s Chief Press Secretary, alleged that some suspects have confessed that the duo is sponsors of insecurity in the state.

Reacting, HURIWA said the Imo government has dabbled into the arena of politics and superiority battles by dragging security matters that is life and death issues to the banality of politics and petty squabbles.

The rights group said there is no constitutional democracy anywhere in the World whereby security is reduced to the petty plaything of political rivalries.

The group called on the state government to abide by the principle of Rule of law and allow all citizens accused of any offence to have their day in the courts of competent jurisdiction.

HURIWA expressed doubts that the Inspector General of Police “would be able to maintain neutrality if he too takes over the investigations of the circumstances and individuals responsible for the spate of bloodshed in the state, stating that the Uzidinma’s government has reduced the sensitive matter of law and order to a mere political comedy which must never be allowed before the entire country is rubbished in the comity of nations.

The group alleged that even the police is a suspect in the attacks by the so-called unknown gunmen in Imo State and other parts of the Southeast.

HURIWA said, “We urge the National hierarchy of the security forces to be professionally committed which they are not at the moment and to independently handle the critical matter of bringing to justice the individuals who may be responsible for the incessant attacks.

“Indeed we urge the President and the National Assembly to intervene and set up an independent team of forensic investigative experts drawn from all around the World to gather evidence and to determine those responsible for the killings.

“This is because it would seem that the Nigerian Police Force through the security attaches to the Imo State government are heavily compromised and may contaminate any probe by the Inspector General of Police who sent them to Imo State in the first place.”

Owing to the claims by Imo Government, HURIWA stated that the constitutional rights of the former governor has been breached, stressing that the allegations usurped the functions of the courts of competent jurisdiction as provided for in section 6 of the Constitution of the Federal Republic of Nigeria of 1999 as amended.

“Section 6 of the Constitution states thus: “. (1) The judicial powers of the Federation shall be vested in the courts to which this section relates, being courts established for the Federation.” And section 36(5) states thus: ” Every person who is charged with a criminal offence shall be presumed to be innocent until he is proved guilty;