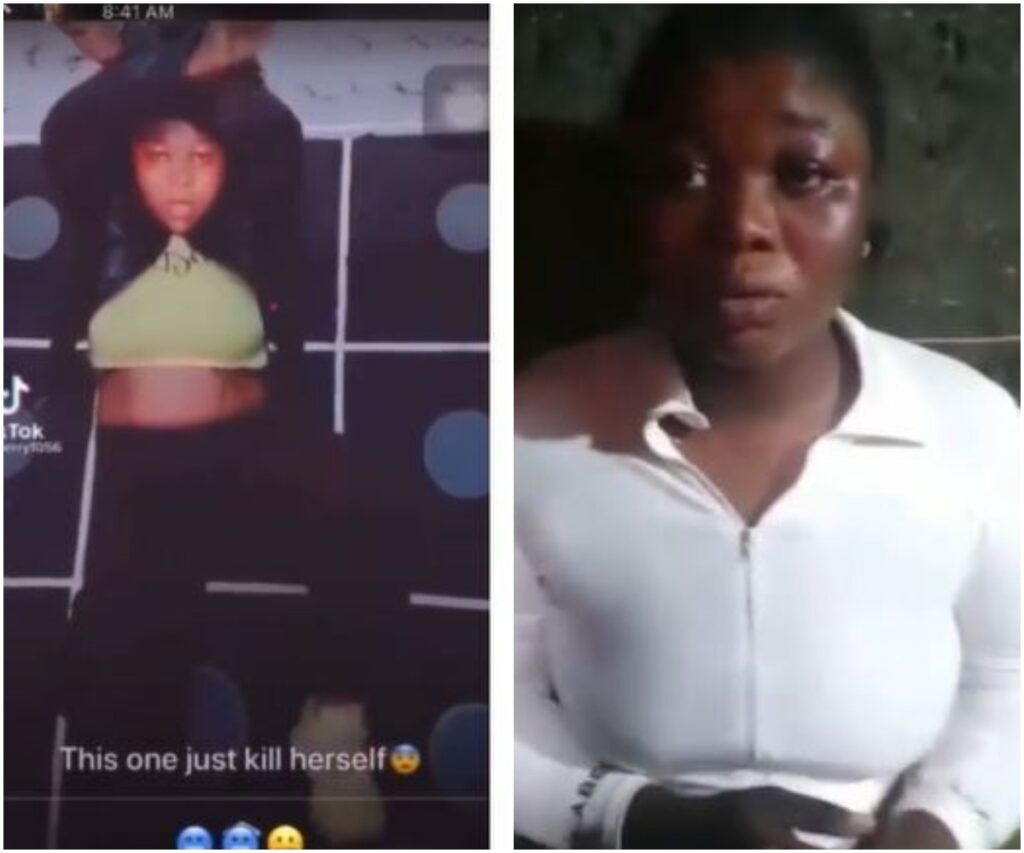 For days the social space has been engrossed in a trending video where a lady was assaulted and dehumanized by some aye cult members.

The incident that led to their act was that the lady did a video on Tik Tok exposing the cult slangs and codes which was an anomaly in the rules governing the confraternity.

The lady was tortured and stripped naked in the viral video. She was seen pleading for forgiveness saying she learnt all she did in the Tik Tok video from one of her ex-boyfriend who was a member of Black Axe (Aye) confraternity.

One noticeable point from the video were the voices of the cult members. One was heard pleading that her torture was enough for her, another was heard saying let them kill her that time is running out.

This gave birth to the news of the alleged death of the Tik Tok Lady. For days many have been living with the unconfirmed news of her death.

The video below says everything.

Watch the video below

The Edo state commissioner of police, Philip Ogabadu has however debunked the rumour making waves on social media on the killing of Tik Tok girl by some black axe (aye) cultist.

It’s alleged that the girl was killed. The girl was not killed. She is alive’, Philip Ogbadu said.

The latest on this trending story is that three of the black axe cult members who took part in dehumanizing the Tik Tok girl have been arrested and paraded by the Edo state police command. They are soon to be charged to court. 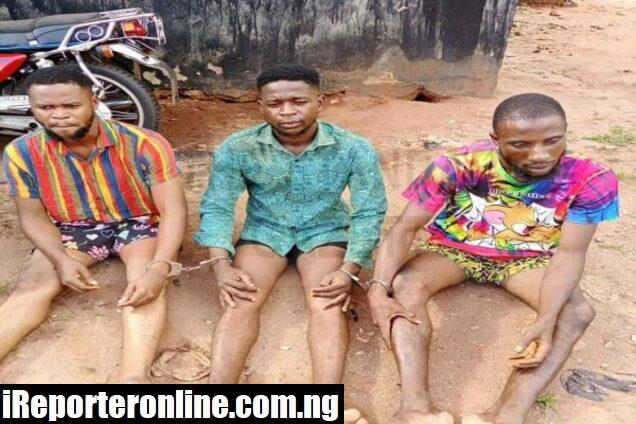 More findings have now revealed her real name to be Olivia.
Related Topics:
Up Next

Send me the full video please

This website uses cookies to improve your experience while you navigate through the website. Out of these, the cookies that are categorized as necessary are stored on your browser as they are essential for the working of basic functionalities of the website. We also use third-party cookies that help us analyze and understand how you use this website. These cookies will be stored in your browser only with your consent. You also have the option to opt-out of these cookies. But opting out of some of these cookies may affect your browsing experience.
Necessary Always Enabled
Necessary cookies are absolutely essential for the website to function properly. These cookies ensure basic functionalities and security features of the website, anonymously.
Functional
Functional cookies help to perform certain functionalities like sharing the content of the website on social media platforms, collect feedbacks, and other third-party features.
Performance
Performance cookies are used to understand and analyze the key performance indexes of the website which helps in delivering a better user experience for the visitors.
Analytics
Analytical cookies are used to understand how visitors interact with the website. These cookies help provide information on metrics the number of visitors, bounce rate, traffic source, etc.
Advertisement
Advertisement cookies are used to provide visitors with relevant ads and marketing campaigns. These cookies track visitors across websites and collect information to provide customized ads.
Others
Other uncategorized cookies are those that are being analyzed and have not been classified into a category as yet.
SAVE & ACCEPT
wpDiscuz
2
0
Would love your thoughts, please comment.x
()
x
| Reply