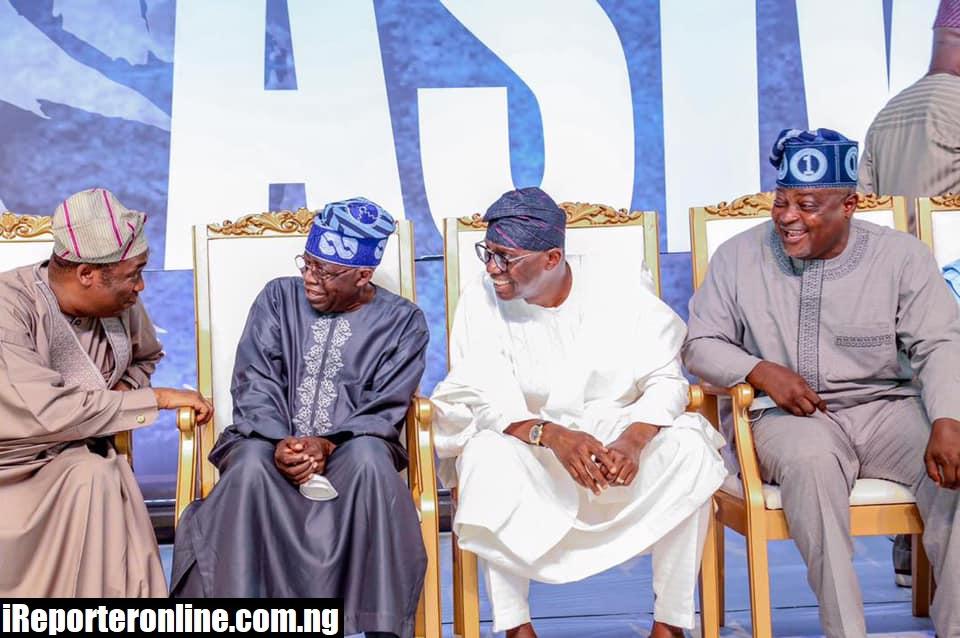 “We have put those who never struggled for power in power. We have helped those who had initially resigned to their fate back to power. We have formed political parties and gave the tickets to others to fly. I am not a desperate politician, although I am a desperate democrat…”-Asiwaju Bola Tinubu

You guys all know that the Jagaban of Borgu, Asiwaju Bola Ahmed Tinubu is back in Nigeria after a successful knee surgery that saw him resting for three months in faraway London.

You know when Tinubu was away some derogators had a swell time saying all sorts of nonsense against our Jagaban who today is the most respected democrat in Nigeria. They twisted the story so much that many were losing faith in the visions of Tinubu, but today as my people for Edo State go talk “God pass dem”(detractors). Tinubu is back and already bouncing along.

I won’t waste your precious time on long expositions, I would hit the nail right on the head. This is what to expect as Tinubu is back. Action everywhere, you see, those detractors had their time, now expect us to fully have our time, and of course, we shall dominate the stage. The majority would always have their way. Tinubu is on a highway.

Even myself would now be on the neck of detractors as any PEM from any quarters would be replied with PEM PEM. Our worries to be candid was the twisted lies about the Jagaban , but since Baba is back then nothing would be holding us back anymore.

I love speaking the truth, it takes care of a lot of complexities as truth no dey break TEETH. When TINUBU was in London his home was a sort of Mecca and became like a place of worship. Everybody including the President was there to pay homage. Call it friendship homage, political homage or whatever as long as there is a homage. Tinubu is back now and already there is action everywhere.

Lagos State Government has hosted him and now his Ikoyi residence is as busy as the famous Oshodi bus stop in the 90s era. Everybody is associating with him, Chief Raymond Dokpesi who seats on the board of PDP has endorsed his candidacy.

Prof Osinbajo issued a press statement yesterday distancing himself from any bickering with Tinubu because of the 2023 Presidency. Senator Michael Opeyemi Bamidele now practically stays in his Ikoyi residence, Hon Lado Suleja who referred to the Jagaban as “Mr PRESIDENT” while the northern LEGISLATORS visited Tinubu in London don run go Ikoyi go pay homage. 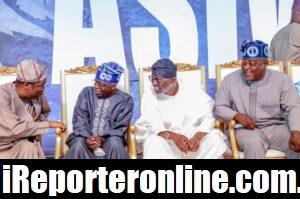 So now that Tinubu is back and the detractors have had their way, let them relegate to the back seats and let us start our SHAKARA. From now till 2023 Tinubu would dominate the airwaves and from what am seeing he would surpass the frenzy about the Buhari pre-2015 era.

I don first advise them make dem chop their elephant and leave us in peace to chop our little fowl but them no gree hear word, now wey dem Elephant don rotten they should please allow us to enjoy our sweet fowl or else…

It is Tinubu everywhere you go and naysayers must face the reality cos when we were busy strategising you guys were busy shouting Tinubu upadan like he stole your kidneys.Tinubu can’t stand, Tinubu cant walk, Tinubu has parkinsion disease, nothing we no hear. E shock una now abi?

With over 10000 support groups for Tinubu make we see where dem wan pass come. Asiwaju is on a highway.

The reality is here Tinubu is going for president DEAL WITH IT.