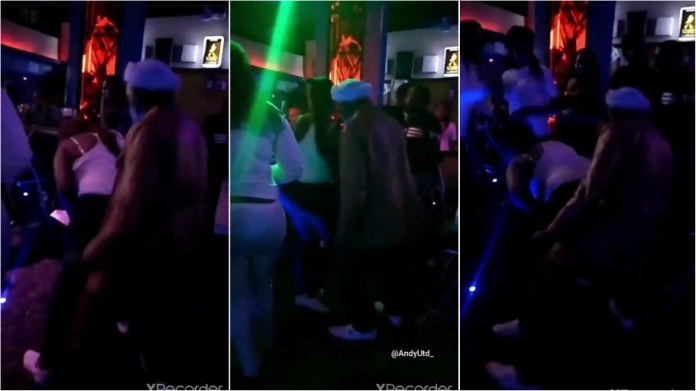 A Kerewa man has caused a stir after he was caught on camera doing unthinkable to a woman in a nightclub.

In a video, that has taken the internet by storm, the old man is seen grinding hard on a woman like a bull on heat.

Read Also Hilarious!! Women Being Coached On How To Move Their Waists In Bed (Video)

The said man forgot his troubles and reminisced his youthful days by getting mushy with a middle-aged lady.

When the lady offered her body freely to him on the dance floor during the lit party, he wasted no chance.

He pounced on her like a thirsty hyena and enjoyed the dance.

The video has caused a lot of reactions on social media.