A dad killed his friend after discovering footage of him raping his young daughter. 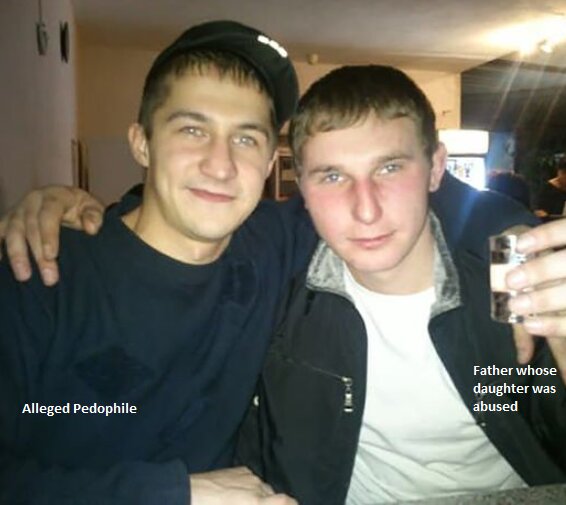 Vyacheslav M, 34, was out drinking with his child’s godfather, Oleg Sviridov, 32, in the village of Vintain in Russia’s Samara region, when he discovered footage, which allegedly depicted several children being abused, including his daughter.

Other sickening videos showed violent rapes of other village girls, aged six and 11, it is alleged.

The videos indicated that the suspect had been abusing children for five years.

The dad, whose daughter was one of those abused in the video, immediately confronted Sviridov, who fled.

Vyacheslav then reported the rapes to police who launched a manhunt for Sviridov.

But the distraught dad found the alleged paedophile first and stabbed him to death, according to police.

He claimed that Sviridov “stumbled on the knife during a quarrel” in a forest near the village.

The body of the alleged paedophile was found near the village on Thursday, September 2, more than a week after Vyacheslav had seen the abusive video.

The dad was detained and the case is under investigation. 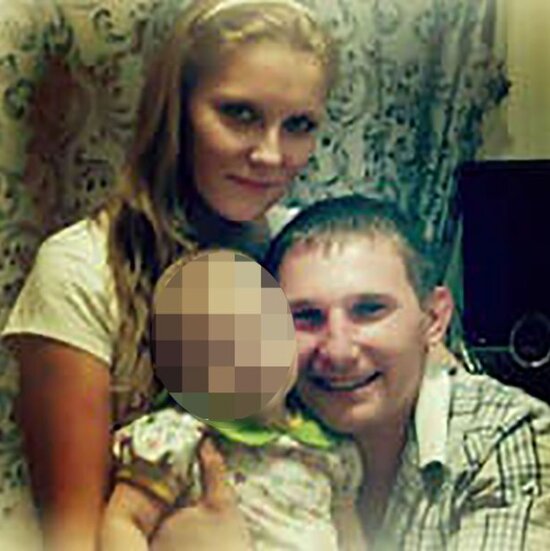 Criminal cases have also been opened into the sexual abuse of three children filmed on Sviridov’s mobile.

But villagers and online commenters have demanded that Vyacheslav should not face a murder charge.

One local said: “He is not a murderer. He protected his daughter and our children too. Everyone is on his side.”

Prominent TV journalist and former Russian presidential candidate Ksenia Sobchak told her followers: “All parents are standing up for the paedophile’s killer.”

Sviridov’s mum said that her son had often been a babysitter for Vyacheslav’s children.

The two men had been longtime friends, she said.

Reacting to the rape of Vyacheslav’s daughter by her son, she said: “I don’t know how it got to this.

He must have been drunk. Most likely he was drunk. They left their children with him all the time.

“When he was baby-sat these girls he came back home as normal, in a good mood.”