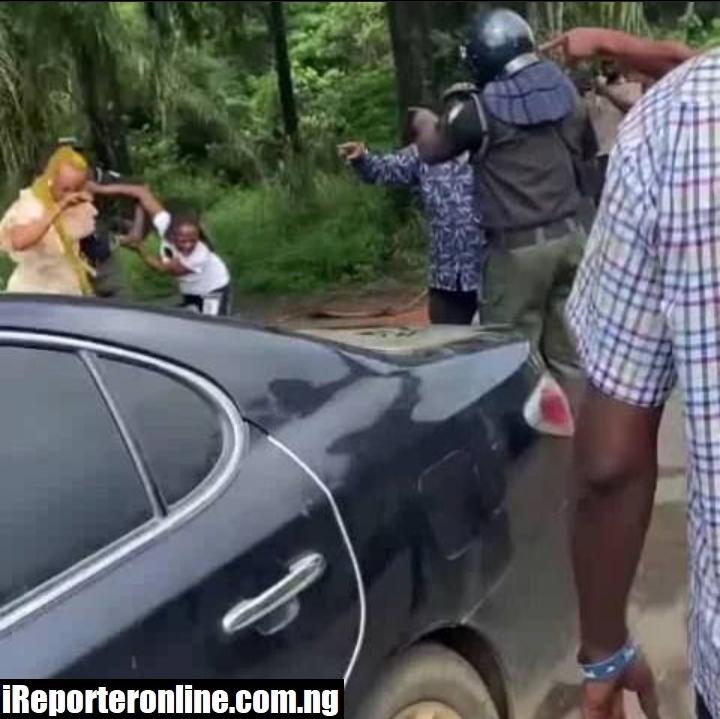 The police officer allegedly assualted the wife and child of a man during a stop and search operation.

The man grow angry and attempted slapping the recancetrante officer in order to release them from his hands.

The women held the officer in a way they where not ready to let go.