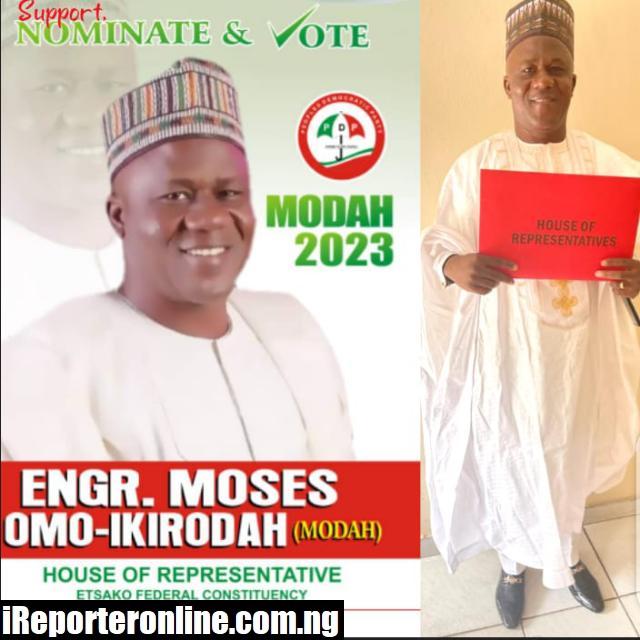 The campaign organization of Engr Moses Omo-Ikiriodah, MODAH, has received a major boost after six clans in Etsako West LGA approved his bid to represent Etsako Federal Constituency in the House of Representatives under the platform of the Peoples Democratic Party, PDP. 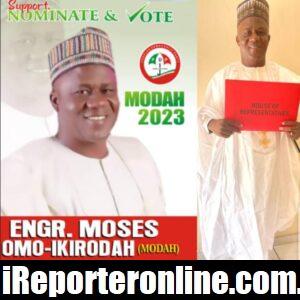 The agreement was reached following extensive consultation with all stakeholders in Etsako West LGA, according to a joint statement signed by the 6 clans’ temporary conveyor, Alhaji Isah Usman. South Ibie, Uzairue, Auchi, Anwain, Jagbe, and Aviele are among the clans.

Their support for Moses was based on his impeccable track record of focused and committed leadership, which has seen him excel in all of his endeavours, according to the statement.

The statement went on to say that a committee will be formed to lobby PDP delegates on the need of nominating and electing Moses Omo-Ikirodah as the party’s candidate in the National Assembly to serve the good people of Etsako Federal Constituency.

“As strong party leaders across the six clans of Etsako West LGA, we hereby restate our unwavering support for Moses Omo-Ikirodah as our preferred candidate for the House Of Reps for Etsako Federal Constituency, our resolve cannot be divorced from his vast experience in leadership and human capital development,” the statement reads.

“It is past time for us to elect progressives to our legislative bodies who will be accountable to the people and will put the plight and aspirations of the wonderful people of Afemailand to the forefront.

It turns out that the rumours are accurate. We are proclaiming our unequivocal support for Moses Omo-Ikirodah, the chairman of the masses. We are confident in his ability to keep his promises.”

The endorsements provide significant leverage to Modah’s campaign organization, which has been gaining traction in recent weeks. PDP supporters are optimistic about gaining the House of Representatives seat with a popular grassroots candidate who has widespread support across the LGAs that make up Etsako Federal Constituency.