Nigeria is currently going through one of its worst unemployment crises in recent times, a new report by the World Bank has stated. 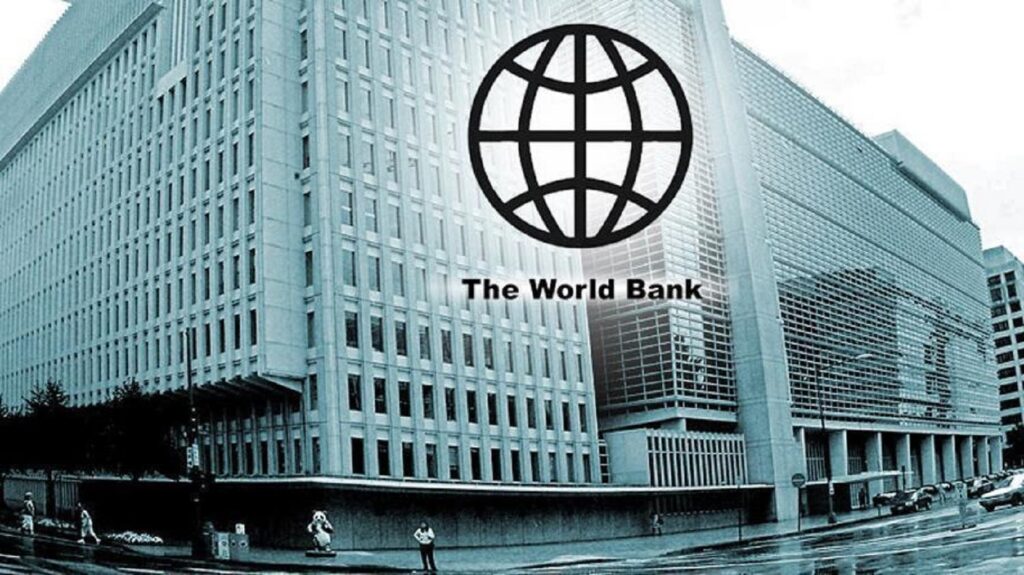 The multilateral institution also noted that the socio-economic challenges facing Nigerians in the last 10 years have led to an astronomical increase in the number of citizens seeking asylum and refugee status in other countries.

This is as the World Bank, in a separate report, has estimated that about 4,000 Nigerian children were made orphans by the COVID-19 pandemic between March 2020 and July 2021.
The report, which expressed concern about the country’s rising unemployment situation was published by the Washington-based institution with support from the Korea World Bank Partnership Facility (KWPF) and the Rapid Social Response (RSR) trust funds.

In the report titled: ‘Of Roads Less Travelled: Assessing the Potential for Migration to Provide Overseas Jobs for Nigeria’s Youth’, the World Bank further estimated that there were 2.1 million Internally Displaced Persons (IDPs) in Nigeria in 2020 alone.

World Bank, however, blamed a combination of rising unemployment, booming demographics, and unfulfilled aspirations as resulting in increasing pressure on young Nigerians to migrate in search of gainful employment overseas.

In addition, the Washington-based institution disclosed that the number of international migrants from Nigeria has increased threefold since 1990, growing from 446,806 in 1990 to 1,438,331 in 2019.

It explained that despite this trend, the share of international migrants as a proportion to Nigeria’s population has remained largely constant, increasingly slightly from 0.5 per cent in 1990 to 0.7 per cent in 2019.

According to the bank, recent rise in irregular migration notwithstanding, the share of international migrants in Nigeria’s population was much lower compared to the shares in Sub-Saharan Africa and globally.

The data showed that the number has risen by over 1,380 per cent in the years between 2010 and 2019, indicating that in comparison, the number of persons coming into Nigeria from outside has been relatively stagnant in the decade under consideration.

It noted that although the country was reaping dividends from the success of its citizens in the diaspora, which was put at five per cent of its Gross Domestic Product (GDP) in 2019, when it comes to the discourse on international migration, the narrative has not been palatable.

“Nigeria is facing one of the most acute jobless crises in recent times. Between 2014 and 2020, Nigeria’s working age population grew from 102 million to 122 million, growing at an average rate of approximately 3 per cent per year.

“Since 2018, however, the active labour force population has dramatically decreased to around 70 million—lower than the level in 2014— while the number of Nigerians who are in the working-age population but not active in the labour force has increased from 29 million to 52 million between 2014 and 2020.

However, between 2010 and 2020, the international financial institution estimated that the unemployment rate rose five-fold, from 6.4 per cent in 2010 to 33.3 per cent in 2020, with the rates being particularly acute since the 2015/2016 economic recession and further worsened as COVID-19 led to the worst recession in four decades in 2020.

“Combined with significant demographic changes and increased aspirations of the youth, Nigeria’s unemployment crisis is creating migratory pressure in the economy.

“Unemployment is considered to be a key driver of migration. Consequently, multiple surveys show that the number of Nigerians, who are looking to migrate internationally is high and increasing,” it pointed out.

It maintained that since there has not been an expansion of legal migration routes for youth increasingly eager to find opportunities in the overseas labour market, young Nigerians are opting for irregular migration routes to realise their hopes for a better life.

“What is worrying, however, is the increase in the number of forced and irregular migrants from Nigeria,“it disclosed.

It stressed that to ensure mutual cooperation, the European Trust Fund for Africa (EUTF), which was established in 2015, with the aim to promote areas of mutual development interest between Europe and Africa, has since provided more than €4 billion in aid to African countries to address various development-related challenges and priorities in Africa.

Since its inception, the EUTF, the bank stated, has provided more than €770 million for migration-related projects in Nigeria, with most of the funds invested in border control measures, awareness campaigns to stop trafficking, and the creation of jobs domestically, including for returned Nigerian migrants.

While predicting that by 2100, Europe’s working age population between the ages of 20 and 64 would decline by 30 per cent owing to low birth-rates and increased longevity, it further projected that at same time, the working age-population in Nigeria could increase by 140 per cent.

“By expanding legal pathways for migration and implementing supporting measures to reap dividends from current migrants in the diaspora, Nigeria can further benefit from international migration.

“Nigeria’s institutions are well-placed to promote managed migration approaches that help create opportunities for prospective Nigerian jobseekers to find employment internationally and can be supported to help design schemes that increase the returns to human capital investments for Nigerian youth,” the report concluded.

In a related development, the multilateral institution has estimated that 4,000 Nigerian children were made orphans by the COVID-19 between March 2020 and July 2021.

The report posted on the bank’s blog was jointly authored by World Bank’s Lead Economist, Laura Rawlings and a senior technical advisor, Centre for Disease Control (CDC) COVID-19 International Task Force, Susan Hillis, and titled: “For every two COVID-19 deaths, one child loses a caregiver. We must do more to address the orphan crisis.”

The report stated: “The COVID crisis will leave many unwanted legacies. The world has been closely tracking the COVID-19 death toll, with official mortality counts now reaching over four million people, largely concentrated among adults. The children left behind have been practically invisible.

“Our estimates of the toll on children left behind, just released, are that for every two people, who die of COVID, one child is left orphaned, facing the death of a parent or grandparent caregiver, who had been living in their home.

“By the end of June 2021, because of COVID-19, our estimates show that nearly two million children under 18 years had lost a mother, father, and/or grandparent caregiver, who lived in their household.”

They also noted that at the current rate, one child was being orphaned every 12 seconds due to a COVID-19-associated death, adding that the toll was growing.

The authors noted that the COVID-19 related deaths had a wide range of effects on the children from economic, developmental to psychological impacts, which would reverberate across generations.

According to them, children orphaned by COVID face a constellation of risks, which often arrive with rapid and broad consequences.

“The threats of poverty, malnutrition, displacement and separation from siblings or other family members, school dropout, depression, violence and child marriage can emerge suddenly from the Pandora’s box of COVID-19,” they said.

Nigeria had as of July 20, 2021, recorded about 2,128 COVID-19 deaths, suggesting that for every one death in the country, an average of two children become orphans.

Why I Established Farming Business In Enugu – Northern-Based Farmer