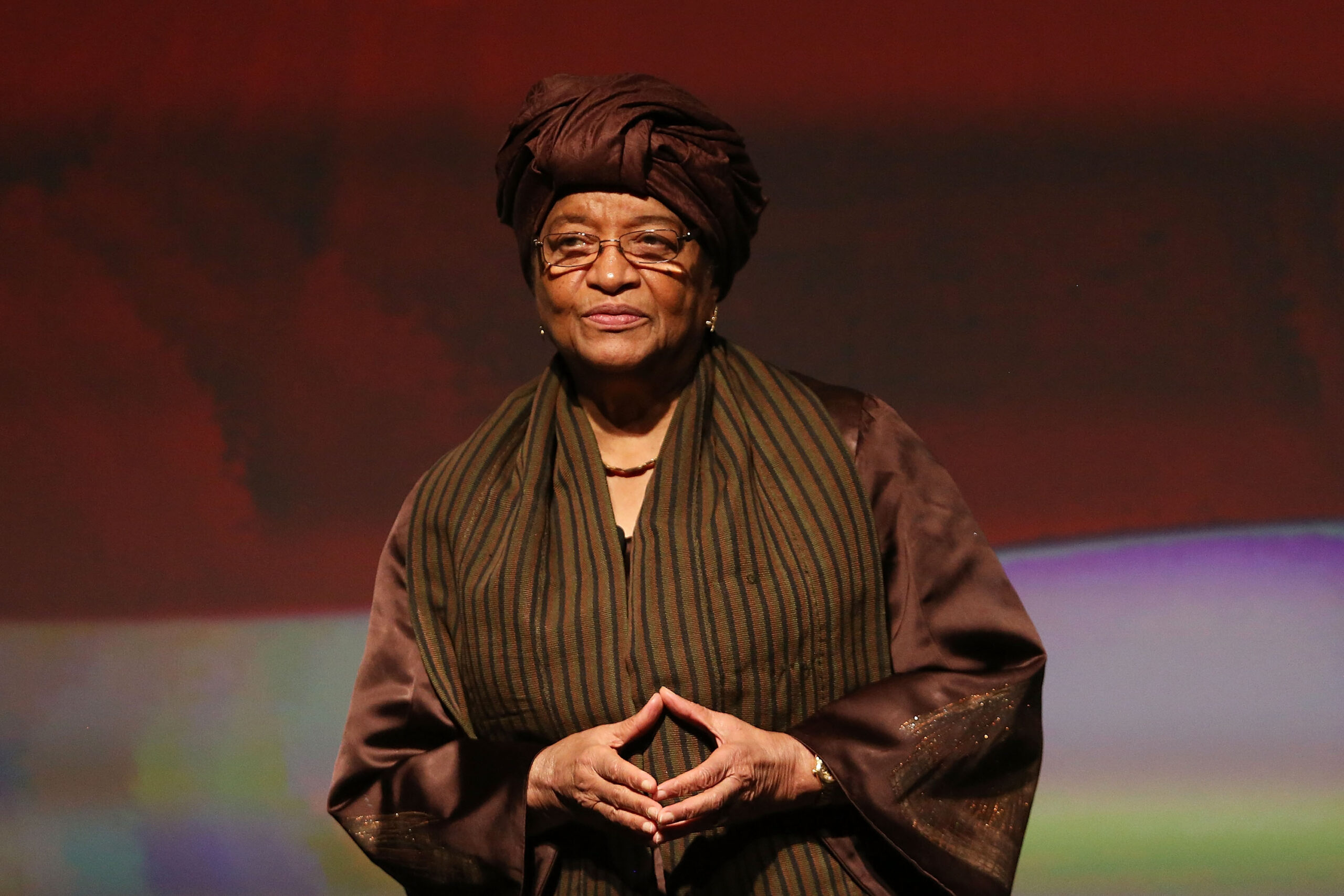 Nigerians on social media have lambasted former President of Liberia, Ellen Johnson Sirleaf, for condemning the suspension of Hadiza Bala-Usman as Managing Director (MD) of the Nigerian Ports Authority (NPA).

President Muhammadu Buhari had on May 5 approved Bala-Usman’s suspension after a reported cold war between her and Rotimi Amaechi, Minister of Transportation.

She was accused of failing to remit the operating surplus of NPA to the consolidated revenue fund (CFR), an allegation she denied.

Amaechi had inaugurated an 11-member investigative panel to probe NPA over all contracts awarded since 2016 when she became Managing Director.

However, Sirleaf in a tweet on Saturday said Bala-Usman’s suspension disheartened her.

The first female President of Liberia claimed she knew her to be an accomplished leader and dedicated public servant.

“I am disheartened to hear about the suspension of Nigerian Ports Authority MD @hadizabalausman, who I have known to be an accomplished leader and dedicated public servant,” the tweet had read.

“I urge adherence to the rule of law and fair and equal treatment as the situation evolves.”

Nigerians on social media, however, mauled the former Liberian leader over her tweet.

They asked her to face her country’s problems and challenges and leave Nigerians to address their own in their ways.

A Twitter user, @danleety wrote, “You never care to wait for the outcome of the panel, what if she’s corrupt, and you are still backing her without in-depth knowledge.”

Another used, @jacksonpbn said, “Please respect yourself and mind your business. Don’t let us drag you on this lane and expose how you used your sons to loot Liberia!”

For @grandmasta_01, the former Liberian President ought to be more concerned about the mindless killings in Nigeria.

“Ma, the mindless killings going on in Nigeria has not disheartened you for once, it’s the Hadiza Usman’s issue.
There is more to this, Ma. Kindly keep your relationship personal and not get dragged in the Naija style. It’s not usually pleasant,” he said.

@akingbadegroup wrote, “Disheartening about the suspension of NPA Boss not about the incessant killing in Nigeria and kidnapping of girls school child if at all you want to sympathize with Nigeria in any way, misplacement of priority.”

@rotilaw said, “The MD was appointed by the President and remains in office at his pleasure. That the President has removed her is within his authority. I seriously doubt if Madam Sirleaf who have brooked such intervention when she was President.”

@Hon_oluwatosin wrote, “Is Liberia corruption-free? If yes, you can speak as a patriotic for her. Meanwhile, there’s nothing wrong in changing her, the ministry isn’t her heritage, but public office Thank you for your concern.”

Another user, @TAIWOISAACABIOD said, “Face your country problems and challenges and leave Nigeria to address their challenges in their own way/s.

What was your contribution to the development of Liberia for the tenure of your office as a woman?.”

Navy Unveils Recruits For Training School: How To Check Your Name

Open Grazing Ban: Anyone Who Wants To Die, Should Die – Wike