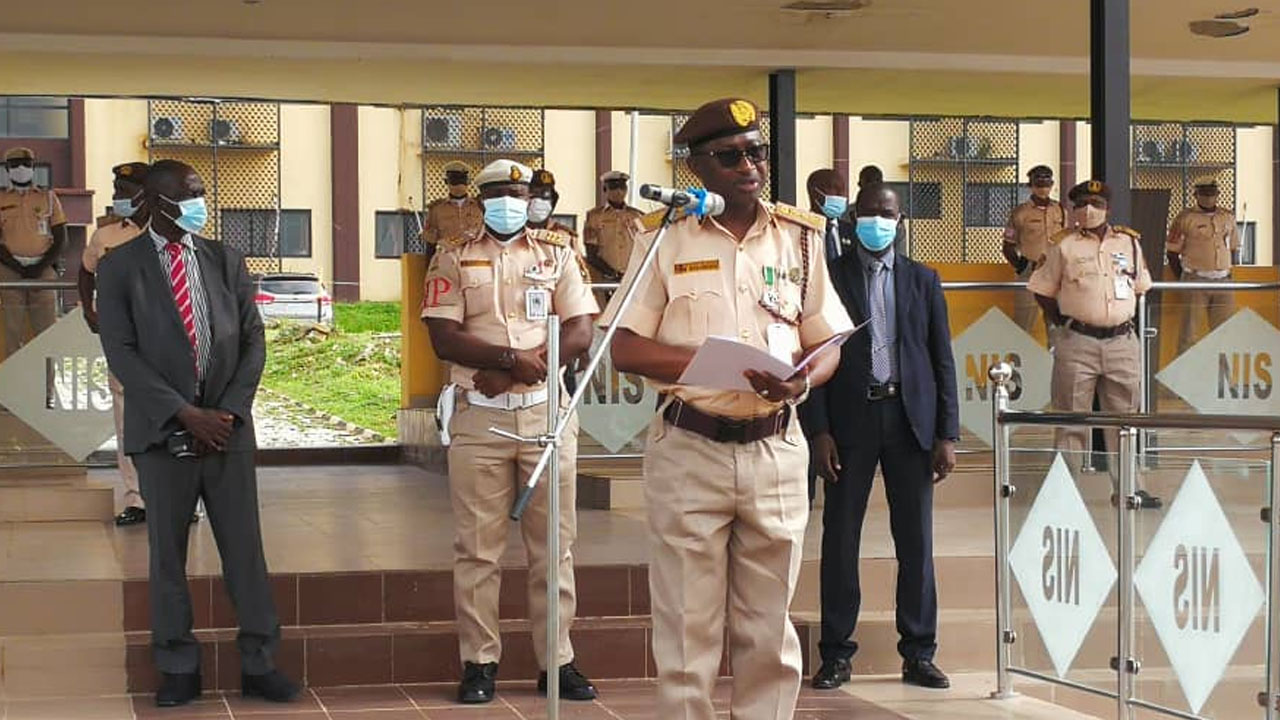 The Comptroller-General, Nigeria Immigration Service (NIS), Mr Muhammad Babandede, says the service has increased its production capacity to beat the May 31 deadline set to clear the backlog of passport applications.
Babandede announced this while briefing newsmen on the NIS passport reforms and recruitment exercise on Thursday in Abuja.

He said that the passport production centres across the country were working round the clock to clear the backlogs before the commencement of the new passport regime on June 1.

NIS boss also gave assurance that the service had enough booklet, adding that a total of 23,903 passports were currently awaiting collection by the applicants.

He, however, urged all applicants to be on alert as text messages were being sent to their registered phone numbers, adding that those that had turned off their Do Not Disturb button on their phones to reactivate.

Babandede assured applicants that the more than 100,000 pending applications would be attended to before the deadline of May 31.

“The major challenge we have now is not booklet but production capacity and we have added two production lines to Ikoyi and Ibadan centres,” he said.

He also said that all passport collection centres would be opened from 6:00 a.m. to 6:00 p.m. daily for applicants.

He warned that any officer involved in passports racketeering would be dealt with going forward, adding that the erring officers were partly responsible for the uncollected passports.

On recruitment, the NIS boss said that the current recruitment exercise was the best ever in immigration and assured all applicants of transparency and fairness.

He said that the exercise was being carried out in the six geopolitical zones of the country to take 4,000 applicants out of 6,005 applicants invited.

He added that the service had been fair by ensuring the federal character principle.