What Does Obaseki Really Want?

Godwin Obaseki, the governor of Edo State is one person that has been unduly blessed by providence. He should be grateful for such unwarranted grace but the ‘audio’ performing governor struts around like a Serf, an all-conquering lord and master.

His victory in the last election has done nothing but validate his sense of entitlement to the throne, however, wobbly he has made it.

Obaseki does not see his victory as a mandate from the people, who now regret supporting his desperate chase to be re-established, neither does he see it as an affirmation of his works, because he knows deep within that he had done nothing but sign bogus MOUs in his first term. 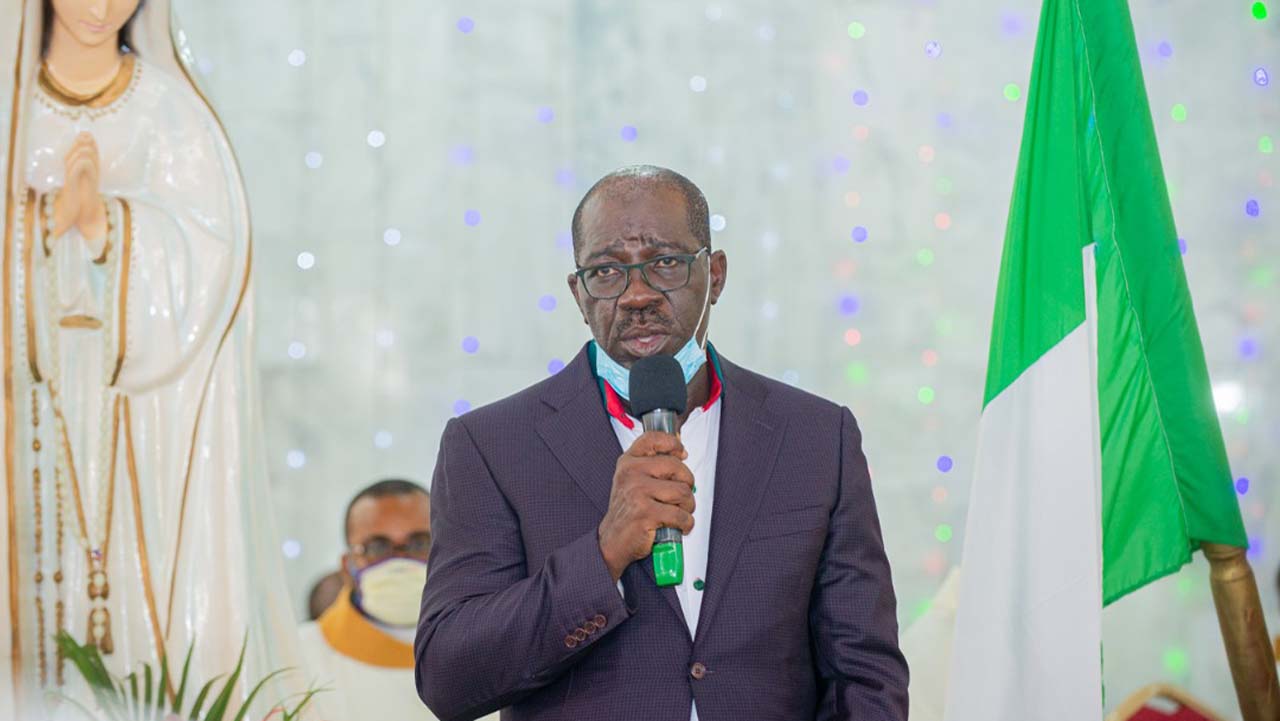 Obaseki sees the victory as Alexander would have viewed his conquest of Persia. To him, he defeated, subdued and conquered Adams Oshiomole the Great. With that in mind, he has become a reckless despot.

A man who wields the heavy stick against friends and foes as his arrogance grows tentacles and gains more traction. No doubt, Obaseki is an incredibly arrogant man, who treats subjects and his cabinet with disdain.

However, in rejecting Adams Oshiomhole, Edos unwittingly threw out the bathing water as well as the baby and the bathing tub. They did not care if they lost it all and now, they have lost all of it for the Lord Obaseki has embarked on a mission to torture with taxes amid scrunching lack and invisible government presence.

As the people groan under government levies of all kinds, the Lord Obaseki continues to pursue his phantom projects via relentless social media propaganda where 90 percent of his performance score cards are marked excellent.

His invisible Gelegele Seaport commissioned in 2017 and the MOU signed with Chinese partners in 2018 is still nothing more than a neglected jetty where pirogues and small boats berth till date. It is a smoke, a whiff and mere blue ink on paper.

The Chinese are long gone, private jets flying in and out of Benin City are all but glided towards better and more serious enterprises.

Gelegele is not even mentioned in government house anymore, the lord and master has moved on to more fancy pursuits. Such pursuits that are more agreeable to a vengeful soul. For Obaseki, it’s pay back time!

It is really funny how the mind works, how tortured souls do not find rest until everyone whoever stood in their way is dealt with. I suspect that wicked men have some kind of black book where they list names of all those who offended them and proceed to tick each one with a pen dripping with red ink, marking them for revenge and such souls do not sleep until each one is avenged, I think that is the mindset of wicked souls.

Back to Godwin Obaseki, it may have surprised many that one of the first missions he embarked on was to demolish the house of Victor Ighile, also known as Mojo, a man who supported his return with heavy financial backing. Why would he do that? Many asked.

Besides the fact that the rude boy of Edo is a cold and emotionally distanced leader, here is another bizarre twist. Obaseki may have been preparing for the main target. He used that demolition as a smoke screen, to moralise what he was about to do next.

The thorn in Obaseki’s flesh is his arch rival, Pastor Osagie Ize-Iyamu.

Pastor Ize-Iyamu was the man whose votes Obaseki acquired with the help of his then chummy godfather Adams Oshiomhole in 2016. The former is the man who only lost the election a second time in 2020 because many people had grown to hate Oshiomhole’s authoritarianism and some of his party men wanted a pound of flesh.

Pastor Ize-Iyamu is still the only man alive today in Edo State who, if he decides to contest in the next election, can still become the governor of Edo State after the incumbent.

Ize-Iyamu, since the election, has gone back to his business as lawyer and farmer but Obaseki is still in mortal fear. Perhaps he perceives Uze-Iyamu as his waterloo in the near future.

Having plunged Edo into debts, signed many bogus MOUs, embarked on ghost projects, allegedly frittered tons of money into foreign lands via proxy, Obaseki knows in his inner heart and as previous elections have dictated that he cannot win any election in his own ward, even if he decides to further his rickety political career.

He knows that his financial waywardness will be exposed when he steps down as governor and Obaseki knows that Pastor Ize-Iyamu is still loved by the people, so Obaseki has gone after the star boy of Edo State.

What better way to destroy a man than cripple his business?

Without a thought, the Edo governor with one stroke of that pen, revoked the land on which Pastor Ize-Iyamu’s farm thrives, citing over-riding public interest.

Sources close to Pastor Ize-Iyamu revealed that the land with genuine C of O has been developed and been in business for past 11 years. The said land is a livestock farm and training centre with hostels, classrooms and offices. Bred on the land are cows, goats, fish, pigs and chicken with an investment worth over three billion Naira.

It was also further revealed that even the state government under Obaseki has used the facilities in the past for training of youths interested in agriculture. So what over riding public interest necessitated the revoking of the C of O of same premises now?

Why Obaseki waited till now to revoke the said land is not far fetched; for a man who has no care of public perception of him but for his mad race for some kind of image rebranding before the election, Obaseki is like the mad scientist who thinks he can create and uncreate without answering to anybody and without a care as to what his monster becomes.

From what I gathered, Pastor Ize-Iyamu will be contesting the revocation order in court and rightly so too. The world must know that the notice to revoke Ize-Iyamu’s land by the Edo State government and its non-performing governor, is an act of political intolerance, wickedness and gross abuse of executive power which are characteristic of Godwin Obaseki’s governance of Edo State.

While he is busy with his vengeful pursuits, acquiring by force, running after artifacts repatriated from Germany because of the financial returns attached, fighting the Oba of Benin over what rightfully belongs to the Palace of the Oba, Edos are begging Obaseki to stop his senseless taxations and focus on governance for which he was elected.

Edo State is bedeviled by insecurity, flooding (which is almost sinking the state capital, Benin City), bad roads, despair, lack of industries, hundreds of thousands of out of school children, dilapidated infrastructure, etc.

Edo, under Obaseki is a very sad story.

What does this colourless person really want, anyway?

THE PIB : What does it hold for Edo State By George Omo-Idehen