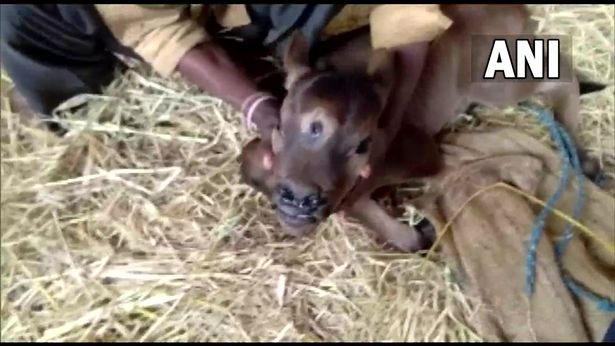 A three-eyed cow born in India has been dubbed a “divine miracle” when it was claimed to be a reincarnation of Hindu God, Shiva.

The rare calf was born with an extra eye on its forehead and four nostrils, sparking a frenzy with locals.

Some residents of the village of Chhattisgarh in the Rajnandgaon District in India claim the three-eyed calf is a reincarnation of Viswanatha, a God known for having an eye on their forehead.

A large number of people flocked from nearby villages to worship the cow, believing it to be the re-birth of Shiva, Sputnik reported. 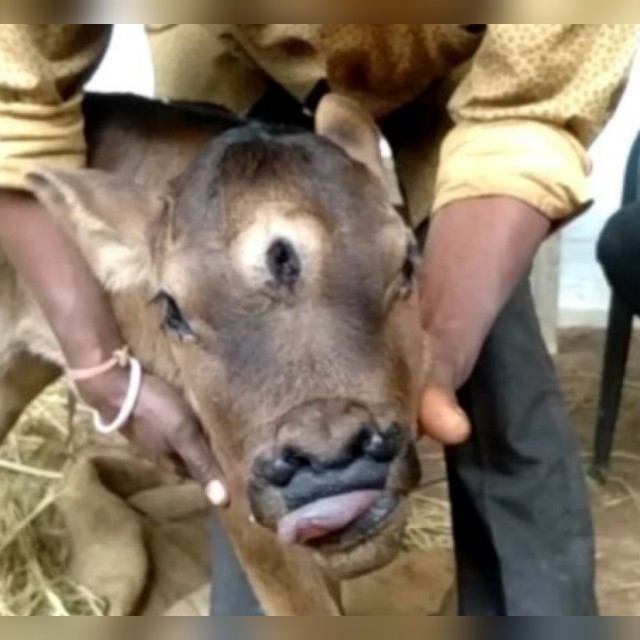 While the birth of the animal, which was born with three eyes and four nostrils, was linked with the Hindu God, a veterinary doctor has disagreed with the comparison.

The calf, born on January 14, attracted large crowds of people who offered incense sticks, coconuts, and money as per the custom of the local culture.

Some say the timing of the calf’s birth, which was born just as the Hindu festival of harvesting, Makar Sankranti, started, is no coincidence.

The bovine’s birth lent itself to locals who believe the arrival of the calf to be of religious significance.

Speaking to Indian news agency ANI, villager Neelkumar Verma said: “I have never seen any three-eyed being. Only Lord Shiva had it. It is a divine miracle. An incarnation of the Lord himself.”

Surprised by the strange birth, calf owner Neeraj Chandel said a medical screening of the calf had shown a clean bill of health.

“Its nose also has four holes instead of two. Its tail also looks like it’s braided.”

A veterinary doctor, Kamlesh Chaudhary, said that such cases should not be considered miraculous as such things happen due to the abnormal development of the embryo.