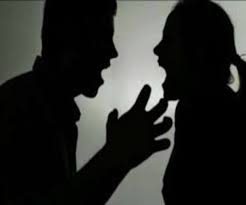 A lady has narrated how she confronted her sugar daddy after falling in love with him.

According to her, she noticed he got his wife pregnant, so out of jealousy, she confronted him about it.

She shared her story with her relationship advisor, Joro Olomofin.

The writeup reads; “I am dating a married man. He told me he has a girlfriend when we met but was not serious about the relationship.

Few months after we met, he got married to his girlfriend. I congratulated him just for him to know I know about his marriage. He responded like he was forced to marry. He kept saying he feels like I am his wife.

After some months, we started dating. Later we met and even loved each other more. 7 months down the line I noticed his wife was pregnant. I confronted him about it and his response was it’s complicated.

READ ALSO: Hilarious!! Slay Queen Escapes Through The Window Of A Man’s Room After His Wife Caught Her (Video)

Now his wife is going to give birth soon and he is now distant. I am quite confused because I don’t know how to cheat on someone who is in a relationship”.