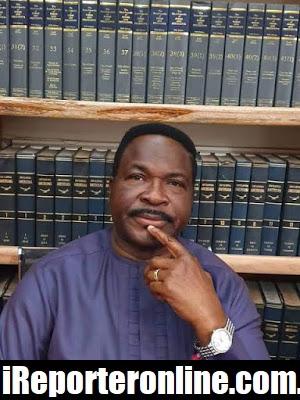 Senior Advocate of Nigeria, Mike Ozekhome, on Sunday called on members of the Judiciary Staff Union of Nigeria to call off their ongoing str… 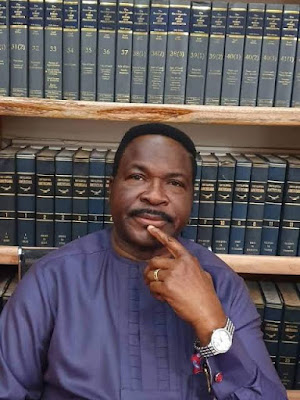 Senior Advocate of Nigeria, Mike Ozekhome, on Sunday called on members of the Judiciary Staff Union of Nigeria to call off their ongoing strike over what he described as a conspiracy by the Nigerian elite working in collaboration with the unsuspecting leadership of the union.

Ozekhome made this call in a press statement titled ‘The Twitter ban, prosecution, more prisons and the link with the JUSUN strike.’

He said although he had supported the strike action by JUSUN from the beginning, the unyielding stance of the government seems to be encouraging the strike.

He said, “From day one, I had whole-heartedly supported the JUSUN strike by Judicial workers. I had believed (and still believe) that Judicial autonomy must never be compromised.

“Then Twitter suspended Buhari’s account and pulled down his offensive threats against his own electors and citizens he governs. Then, Lai Mohammed reacted by saying the FG has banned Twitter operations in Nigeria. And, now, Malami has directed the Department of Public Prosecution to prosecute any Nigerian who flaunts this ban by using Virtual Private Network to bypass it.

“In all these, the agitated citizens are eager to go to court (section 6 of the Constitution), to challenge these outrageous infractions of their rights. Then, they suddenly realise that the doors to the courts are firmly shut, and put under lock and key by JUSUN workers. So, they lick their oozing wounds.

“Meanwhile, the same courts being protected, are busy every day, delivering judgments (physical and virtual), on matters already pending before the JUSUN strike commenced.

“So, who are these workers that prepare the files, take them to Judges and create the enabling environment for such sittings, including fixing the zoom meetings? How and where do they gain access to the courts’ strong rooms, filing cabinets and court processes, to aid the Judges? Just how? I cannot understand. Or, can you?”

The lawyer said the Presidency and state governors appeared not only comfortable with the existing impasse, which has literally suspended the third arm of Government, as during vile military juntas, but are also happy with it.

“Their unyielding stance is encouraging the strike. These got me thinking. I, therefore, decided to give a second look at the unfolding scenario. It points to one fact: Nigeria appears to have been scammed by some smart elite alecs, working in collaboration and tandem with probably the unsuspecting JUSUN leadership.

“My response to this new development? JUSUN, call off the ongoing strike immediately,” he said.

Ozekhome explained that his new position on the JUSUN strike was due to the events that have unfolded in the last two weeks.

He said, “I have now changed my views and stance. My new stance is now occasioned by the frequency of series of curious events (some quite frightening), emanating from the government and its operatives in the last two weeks.

“First, the Attorney-General, Malami, condemned Southern Governors’ ban on open grazing by cattle. He curiously likened the murderous acts of non-taxpaying nomadic cattle rearers to innocent shop-owning, spare-parts-selling Igbos who carry out their businesses legitimately and peacefully in their rented premises, paying their tax, tenement rate, water and wastage disposal bills. Freedom of movement by human beings in section 41 of the Constitution was now being mistaken for freedom of movement for cows, sheep and goats. The life of a cow was being elevated, valued and priced beyond that of slaughtered and raped human beings.

“Second, there sprang out an alleged secret memo attributed to the Attorney-General (but which he has firmly denied and denounced), in which he purportedly advised President Buhari to declare a state of emergency and suspend provisions of the 1999 Constitution that deal with the people’s fundamental rights. I believed his denial because that would have been unthinkable, having regard to his sacred position and duties as espoused in sections 150 and 174 of the Constitution.

“Let us not continue to be used by fifth columnists as pawns in a game of musical chairs. This government will very shortly likely crack down on the opposition, rights activists, dissenters, plural voices and perceived enemies. There will be no courts to run to with a view to obtaining any remedy.”