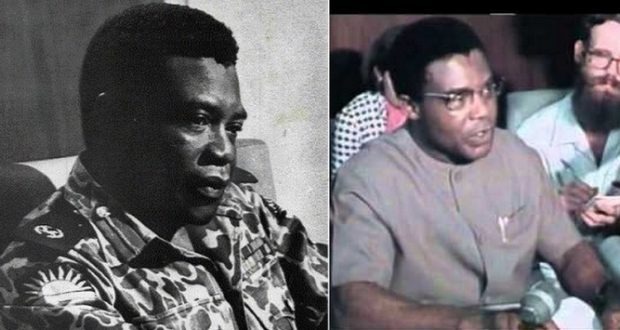 In July 1967, Igbos in the former Eastern Region declared the independent Republic of Biafra, leading to a brutal civil war that lasted until January 1970.

The ceremony was held at Dodan Barracks and was at the instance of Colonel Olusegun Obasanjo who was the commander of the marine commando.

See the throwback video of the historical event above.

We Are Aware Of Forces Behind Minimum Wage Bill – NLC

Na We Dey Run This Town: Tinubu’s Supporters Take Over Every Space Ahead Of Electoral Campaigns