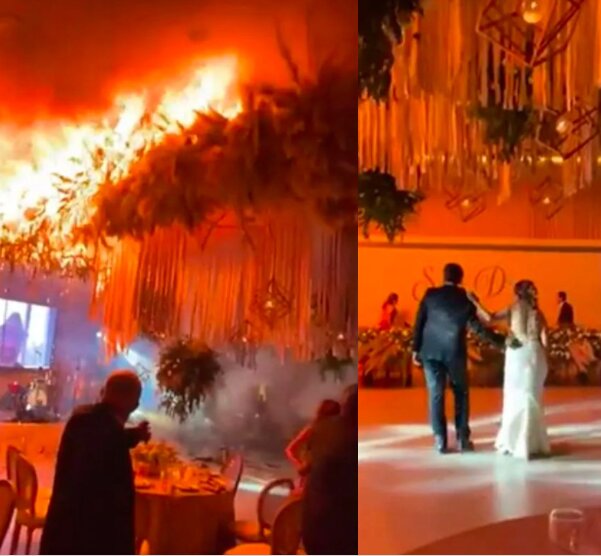 Wedding guests have been filmed running for their lives after indoor fireworks at the reception caused a huge blaze.

In a video that has gone viral, the newlywed couple is seen sharing their first dance together as indoor fireworks on the stage wow onlookers in Mexico.

However, the amazement soon turns to terror as the sparks catch onto overhanging paper streamers and dried flowers, engulfing a large part of the ceiling in seconds. 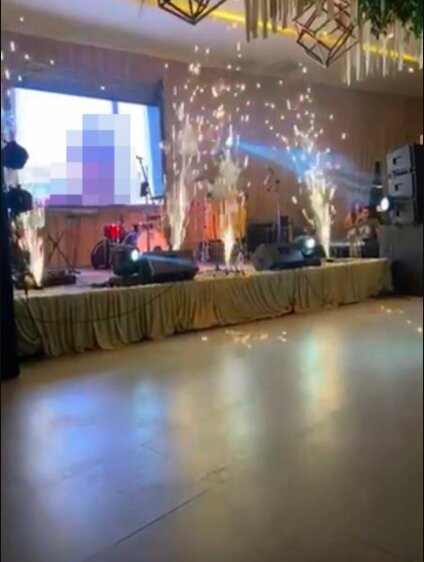 Someone tried to stop the fire but it only got worse.

The couple along with the guests were forced to run for cover.

Heroic staff can be seen trying to put out the flames with extinguishers but they were unsuccessful and the fire continued raging till the video ended.